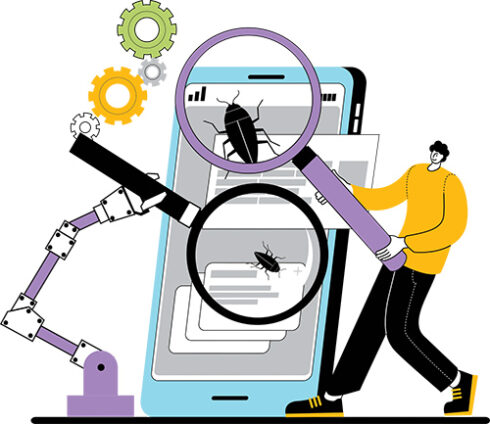 Coming out of the COVID-19 pandemic, 2021 has been a year of acceleration and enhancements in the technology industry. In the testing space, we have seen a strong pull towards testing automation and the overall modernization of the way software teams conduct tests.

This year, financial services teams have felt this push towards automation and modernization of testing in response to increasing customer expectations. Back in January, an SD Times story showed that several financial services teams made the move to an open-source, technology-agnostic, test automation framework with the capability to span the entirety of the DevOps life cycle.

Also in the testing space, in February of this year, BlazeMeter released BlazeData in order to make generating test data simpler. This allowed users of varying skill levels to quickly and synthetically generate data for any UI functional test. This came as a response to user demand for an easier way to create reliable test data.

This release provided many benefits to the developer community such as ease of use, not requiring specialized training to create test data, lower costs, and the ability to reuse the data once it’s been created. This release served as a one-stop shop solution in the marketplace for the users entire testing process. Months after this release, in October of this year, BlazeMeter was acquired by Perforce Software.

Also in October of 2021, the UI testing framework Selenium was updated with the release of Selenium 4. This release introduced several new features, including relative locators, which allows testers to describe where an element is on a page using human language. In addition, Selenium 4 added support for handling authentication, intercepting and stubbing out network traffic, and capturing JavaScript errors. Furthermore, this release brought testers new support for Chromium-based Edge out of the box.

Along with this trend, PractiTest’s 2021 State of Testing report from April of this year, showed that 90% of organizations were actively implementing testing automation into their processes throughout 2021. In addition, 96% of respondents reported that they believe test automation patterns, principals, and practices are now critical for businesses. The report also showed that 97% of those surveyed believed that functional testing automation has become important for a company’s success.

The report also showed that there is a divide among testing teams as 59% shifted left in 2021 while 40% shifted right with practices such as testing in production or chaos engineering. However, when the report was published in April, the number of teams shifting right was on a downward trend.

Following the shift software teams are seeing towards automated testing, earlier this year SmartBear, a provider of software development and quality tools, expanded its support of codeless, automated testing for mobile and ERP applications. The company integrated its UI test automation tool, TestComplete, with its native mobile device cloud, BitBar.

This integration allows TestComplete users to create a codeless mobile test and then use that test in BitBar across devices. With this, the company also increased its support for testing enterprise applications such as Salesforce, Oracle EBS, and SAP.