A guide to UI testing solutions 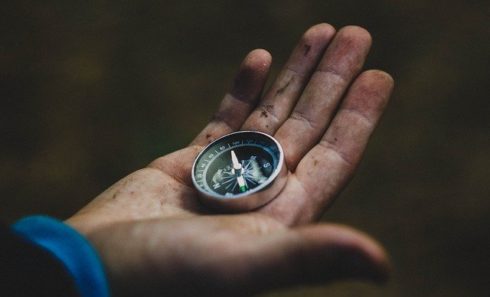 HCL OneTest supports a DevOps testing approach with UI testing, API testing, Performance testing, data fabrication, and service Virtualization. The solution is designed to automate and run tests early and more frequently to discover errors faster. Recent additions to the HCL OneTest platform use cloud native technologies to offer users a solution that is both secure and offers discoverability of tests to enable re-use and collaboration. HCL OneTest supports DevOps deployment solutions through a wide range of integrations, and the emerging Value Stream Management sector by integrating with UrbanCode Velocity.

RELATED CONTENT:
How to solve your UI testing problems
The upside and downsides to Selenium
How does your company help facilitate UI testing?

Appium is an open-source test automation framework for native, hybrid and mobile web apps. It is a JS Foundation project that graduated in 2017. It features the ability to automate any mobile apps from any language or any test framework, full access to back-end APIs and DBs from test code, and the ability to write tests with third-party development tools. It supports iOS, Android, Windows and Mac.

Eggplant: Intelligent test automation is critical to success in the digital age. Eggplant enables companies to view their technology through the eyes of their users. The continuous, intelligent approach tests the end-to-end customer experience and investigates every possible user journey, providing unparalleled test coverage. Our technology taps AI and machine learning to test any technology on any device, operating system, or browser at any layer, from the UI to APIs to the database. The Eggplant platform can adapt as companies embrace new digital technologies, providing organizations with a framework for intelligent test automation that can easily scale to address tomorrow’s testing needs.

Katalon The Katalon product suite is designed to generate automated tests across platforms. Katalon Recorder is a lightweight extension for test automation recording and playback. Katalon Studio aims to simplify test automation activities with built-in project templates, end-to-end testing, object spying, dual-editor interface, and a comprehensive BDD solution. Katalium is a new framework that provides blueprints of test automation projects based on Selenium and TestNG. The company also has a beta solution, Katalon TestOps, designed to get the ‘true value’ out of automation.

Leapwork provides automated UI testing for everyone on the team. From technical testers to non-developers and even managers. Users can design and execute automated test cases as visual flowcharts and automate any applications with the help of natuve support and Selenium-based web automation. It features the ability to drive automation with external data, build reusable components, plug into the DevOps pipeline, report on project status, and schedule repeated execution.

Percy is an “all-in-one visual review platform” that is designed to integrate with existing workflows and provide visual insight into product changes. It covers the entire UI and highlights relevant visual changes across web apps and component libraries. Some UI features include pixel-by-pixel diffs, responsive diffs, and snapshot stability to minimize false positives

Sauce Labs provides the world’s largest cloud-based platform for automated testing of web and mobile applications. Optimized for use in CI and CD environments, and built with an emphasis on security, reliability and scalability, users can run tests written in any language or framework using Selenium or Appium, both widely adopted open-source standards for automating browser and mobile application functionality.

Selenium is an open-source browser and automation framework and ecosystem. It features the Selenium IDE, Selenium Grid and Selenium WebDriver. The IDE records and plays back test automation for the web. WebDriver is for creating browser-based regression automation suites and tests. Lastly, Grid enables users to distribute and run tests on several machines and manage multiple environments from a single point.

SmartBear enables teams to build and run UI tests across desktop, mobile, and web applications. SmartBear solutions support a wide variety of scripting languages, and come with an extensive object library with over fifty thousand object properties. With powerful test planning, test creation, test data management, test execution, and test environment solutions, SmartBear is paving the way for teams to consistently deliver quality at both the UI and API layer.