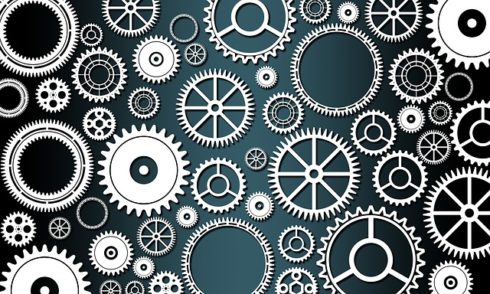 Testing practices are shifting left and right, shaping the way software engineering is done. In addition to the many types of tests described in this Deeper Look, test-driven development (TDD), progressive engineering and chaos engineering are also considered testing today.

TDD
TDD has become popular with Agile and DevOps teams because it saves time. Tests are written from requirements in the form of use cases and user stories and then code is written to pass those tests. TDD further advances the concept of building smaller pieces of code, and the little code quality successes along the way add up to big ones. TDD builds on the older concept of extreme programming (XP).

“Test-driven development helps drive quality from the beginning and [helps developers] find defects in the requirements before they need to write code,” said Thomas Murphy, senior director analyst at Gartner.

Todd Lemmonds, QA architect at health benefits company Anthem, said his team is having a hard time with it because they’re stuck in an interim phase.

“TDD is the first step to kind of move in the Agile direction,” said Lemmonds. “How I explain it to people is you’re basically focusing all your attention on [validating] these acceptance criteria based on this one story. And then they’re like, OK what tests do I need to create and pass before this thing can move to the next level? They’re validating technical specifications whereas [acceptance test driven development] is validating business specifications and that’s what’s presented to the stakeholders at the end of the day.”

Progressive Software Delivery
Progressive software delivery is often misdefined by parsing the words. The thinking is if testing is moving forward (becoming more modern or maturing), then it’s “progressive.” Progressive delivery is something Agile and DevOps teams with a CI/CD pipeline use to further their mission of delivering higher-quality applications faster that users actually like. It can involve a variety of tests and deployments including A/B and multivariate testing using feature flags, blue-green and canary deployments as well as observability. The “progressive” part is rolling out a feature to progressively larger audiences.

“Progressive software delivery is an effective strategy to mitigate the risk to business operations caused by product changes,” said Nancy Kastl, executive director of testing services at digital transformation agency SPR. “The purpose is to learn from the experiences of the pilot group, quickly resolve any issues that may arise and plan improvements for the full rollout.”

Other benefits Kastl perceives include:

“Global companies with a very large software product user base and custom configurations by country or region often use this approach for planning rollout of software products,” Kastl said.

Chaos Engineering
Chaos engineering is literally testing the effects of chaos (infrastructure, network and application failures) as it relates to an application’s resiliency. The idea originated at Netflix with a program called “Chaos Monkey,” which randomly chooses a server and disables it. Eventually, Netflix created an entire suite of open-source tools called the “Simian Army” to test for more types of failures, such as a network failure or an AWS region or availability zone drop.

The Simian Army project is no longer actively maintained but some of its functionality has been moved to other Netflix projects. Chaos engineering lives on. In fact, Gartner is seeing a lot of interest in it.

“Now what you’re starting to see are a couple of commercial implementations. For chaos to be accepted more broadly, often you need something more commercial,” said Gartner’s Murphy. “It’s not that you need commercial software, it’s going to be a community around it so if I need something, someone can help me understand how to do it safely.”

Chaos engineering is not something teams suddenly just do. It usually takes a couple of years because they’ll experiment in phases, such as lab testing, application testing and pre-production.

“We’ve introduced it in a pilot sense showing them it can be used to get under the hood of non-functional requirements and showing that they’re actually being met,” said Lewis. “I think very few of them would be willing to push the button on it in production because they’re still nervous. People in leadership positions [at those client organizations] have come from a much more traditional background.”

Chaos engineering is more common among digital disruptors and smaller innovative companies that distinguish themselves using the latest technologies and techniques.

Expanding more testing techniques can be beneficial when organizations are actually prepared to do that. One common mistake is trying to take on too much too soon and then failing to reap the intended benefits. Raj Kanuparthi, founder and CEO of custom software development company Narwal, said in some cases, people need to be more realistic.

“If I don’t have anything in place, then I get my basics right, [create] a road map, then step-by-step instrument. You can do it really fast, but you have to know how you’re approaching it,” said Kanuparthi, who is a big proponent of Tricentis. “So many take on too much and try 10 things but don’t make meaningful progress on anything and then say, ‘It doesn’t work.”