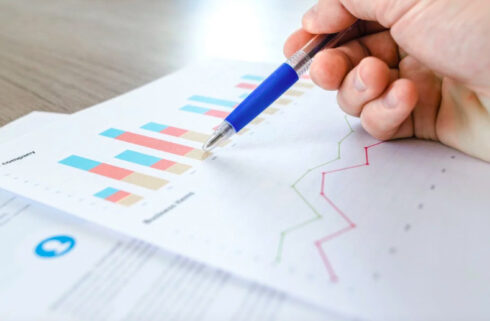 Regardless of the industry, every business needs one thing to ensure its overall success and longevity: loyal and happy customers.

However, it seems that organizations often find themselves too caught up in accelerating the delivery of new features and meeting release deadlines, resulting in lackluster user experience (UX).

With a steady investment in strong UI/UX testing practices, though, businesses can provide their users with the best experience possible while also maintaining their pace for feature delivery.

Brent Stewart, senior director analyst at Gartner, emphasized the importance of UI/UX testing when it comes to customer satisfaction.

He explained that when organizations fail to make this investment and instead prioritize release deadlines, they are actually adding time to their schedule in the long run, while also risking losing customers to competitors that offer better UI and UX.

“I would much prefer to miss a deadline, deliver a week later but be far more confident that what we’re delivering is on target with what the users need and what the business objectives of that product are,” he said.

Josh Koenig, co-founder and chief strategy officer at the WebOps platform Pantheon, said that he believes UI/UX testing is absolutely critical when it comes to customer satisfaction and retention because of the competitive edge that it offers.

“Differentiating by delivering a good customer experience, whether that is in the early stages of discovery and learning, or in the latter stages of delivery and customer service, it really matters,” Koenig said.

He expanded on this, saying that a strong investment in UI/UX testing helps organizations to exceed expectations, creating loyalty among existing users while also enticing new ones.

Jason Buhle, director of UX strategy at the UX research solution company AnswerLab and a lecturer in the online master of science in applied psychology program at the University of Southern California, shared these beliefs.

He said, “It is important to do that evaluative testing so there’s not these frustrations that today will quickly drive people to another solution… it’s not like the old days where you buy some expensive software and you’re kind of stuck with it, now you would just go use something else.”

Dan Giordano, senior director of product marketing at the end-to-end software testing company, Applitools, also spoke on the positive impact that robust UI/UX testing practices have on both customer satisfaction and retention.

“I think modern consumers have a level of standard that they expect when using an application or a website that is built from a large brand,” Giordano said, “And I think that the level of design that organizations do and the amount of effort that we’ve been putting towards it has really been raised a level in the last few years.”

He credits much of the heightened emphasis on UI/UX testing in the last few years to the COVID-19 pandemic and the increased need for businesses to provide customers with visually pleasing and easy-to-use applications and websites.

Given this, the importance of UI/UX testing cannot be overstated. However, despite this recognition, many organizations are still missing the mark with their current testing practices.

According to the 2022 State of UI/UX Testing Report conducted by Applitools, a key reason that many companies struggle to keep up with UI/UX testing while also maintaining the velocity of feature releases is that more than half of them are still relying on manual testing practices to validate applications.

The survey revealed that due to the rapid evolution of technology, older testing practices are failing to keep up with the quality engineering demands for their digital products and services, which is why many organizations find themselves stuck.

“We have seen changes either from the business side in applications or from the development side occur multiple times a day,” said Giordano.“72% of respondents had their biggest challenge around constantly changing UI… UI frameworks and UI libraries have made changes that may have been a huge design haul in the past and may have taken months but can now take days and testing and keeping up with that I think is the biggest challenge.”

“If I had to pick just one… the problem is always finding the time and resources to fit testing in, in these increasingly fast-moving environments. The world is moving faster every day so I would say that is the biggest challenge,” said Buhle.

He also mentioned that the increased complexity of websites and applications has made it difficult to find qualified researchers and testers who are fully able to manage the breadth of what UI/UX testing and user satisfaction now entails, adding another layer to this issue.

Koenig, however, believed there to be a challenge even more pervasive than this. He said the biggest challenge is that organizations are approaching UI/UX testing in a siloed manner rather than as one part of a larger whole.

He said that if a team approaches testing as its own island, separated from the other aspects of the development lifecycle, their system is inherently broken and that it will fail to yield good results.

According to Koenig, a siloed approach to testing will inevitably lead to balls being dropped and mistakes being made.

“By constantly trying to push back against other organizational imperatives with the results of their research… you end up with people arguing over what the priority is, but if you’re doing it right, that problem dematerializes because UI/UX testing is embedded in,” said Koenig

THE POSITIVES OF AUTOMATION IN UI/UX

Giordano went on to discuss the ways in which the introduction of AI and automation can be a powerful tool in managing the increased UI/UX testing complexity.

Giordano explained that AI can help to create a way to maintain and update tests that requires little to no human intervention.

“Not just looking at self-healing tests in an object oriented way… but more in a visual way where we can understand, not only things at the code level, but also at the UI and presentation layer and understand where things break without you needing to really run another test,” Giordano explained.

On top of the time saving benefits, he said that this also offers developers autonomy as changes that they were previously okay with can be made with a one-click update rather than having to re-test.

Jason Buhle, director of UX strategy at the UX research solution company AnswerLab and a lecturer in the online master of science in applied psychology program at the University of Southern California, said that since UI and UX is all about an individual’s experience, the research and tests should be done by people rather than delegated to an AI tool.

“I’m sure there are some opportunities… but I think it’s pretty rare that that is super useful,” he said. “What you usually need is to see more subtlety in the challenge and you need to understand the why… so I’m less enthusiastic around unmoderated testing [with AI].”

Brent Stewart, senior director analyst at Gartner, said that based on his research, manual testing is still the most prevalent method among organizations.

“The single most common test that is done is usability testing… these are things that need to be configured by an individual,” Stewart said. “They need to be set up by someone who is informed about the business and research objectives of that inquiry… so it is still very human centric.”

However, he went on to say that the analysis piece of the testing process is a place where a good amount of automation can actually be helpful.

Stewart explained that there are tools out there that can look at recorded research and then identify any trends that pop up, sparing researchers from having to manually pour over several hours of recorded research.

“You then have an AI augmented analysis process that allows you to come to reliable findings and then generate stronger recommendations faster, so it reduces the level of effort significantly,” he said.

THE RIGHT WAY TO AUTOMATE

When automating these testing processes with AI, though, it has to be done in a very intentional and patient way to ensure nothing slips through the cracks.

Giordano said that managing ambition and starting with a small section of an application where automation is necessary and then slowly building out components from there is the best method when it comes to this process.

“It is really comforting when you start to have successful tests created and ran,” he said. “Then when you’re developing against those and they start to catch bugs it can really boost confidence for the whole product organization that testing is a worthwhile endeavor… so I think that starting small and growing is huge.”

Along with the automation of UI/UX testing, Giordano also believes that investing in a good design system is crucial to maintaining velocity.

“You don’t want to be consistently developing the same date picker or the same button scheme but re-coding and re-designing it every time,” he explained. “When you use a shared component system, you can test that really early on and be quite confident that when you use that button system in your particular UI that you’re building out, it’s going to be tested and consistent.”