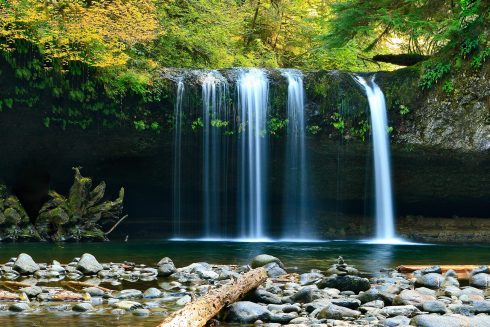 Metrics are great. They give you insight into how your systems are running, and help you see the results of what you’ve done. They help you derive value from your efforts.

But what if you want to not merely play catch-up with what the metrics are telling you, but instead want to mitigate against how things are going to go?

That, according to Adam Dahlgren, VP of product development at Allstacks, is where value stream intelligence comes in. He calls VSI the evolution of value stream management.

Organizations (mostly) all believe they’re doing great work. But from a business level view, many are still flying blind.  He explains: “There’s all these different value streams, for marketing, sales, customer success, product developers, and the like. But they’re all hinged on each other. Let’s say one of these value streams is developers building a feature, and that feature is driving later, and later. Well, the product marketing stream is relying on and reacting to the change in the developer stream. And all they can do right now is just react when I say, ‘Oh, it’s way crap, I gotta do something else.’ I’m scrambling, always playing catch-up. If instead, we can give the developers and the product marketers in this example the ability to communicate with each other on an ongoing basis on how things are changing, now we’ve restored power to each of the orgs to say, well, based on what’s transpiring, how do you want to change your behavior? Now you’ve connected those values. So this developer value stream that maybe is running late, has a cascading impact on the marketing value stream. … And that’s like the intelligence layer. It’s not just what has transpired, it’s given what’s transpired, what are we going to do next?”

Dahlgren said the widely accepted DORA metrics provide organizations with snapshots of how they’re doing. Those metrics — deployment frequency (DF), mean lead time for changes (MLT), mean time to recover (MTTR) and change failure rate (CFR) — are considered the gold standard for organizations seeking the value that can be derived from moving quickly to add features and remove bugs from their software.  But, Dahlgren pointed out, these metrics show you how you’re doing, but not where you’re going. And, they’re limited in scope to the product, and don’t give the wide-angle view businesses need. The DORA metrics, he said, “were a great starting point. But for the real business alignment, and core value capture for these big companies, those DORA metrics are tiny snippets of what’s really possible. Together, they are helpful, but but you can be nailing all four of your DORA metrics and building all the wrong stuff and not actually know what’s going on.”

He gave an abstract example of a city dealing with traffic problems. “You’re looking at timings at traffic lights and some engineer somewhere has decided that the yellow light needs to be three seconds on all these different traffic lights, but there’s one yellow light that’s four seconds. Okay, if that’s out of the boundary, should we change it to three seconds? Did that accomplish anything? It got it into spec. But is there still traffic?”

“But if you look at it another way, like, at this intersection, there’s a significant amount of traffic,” he continued. “We could fix the traffic at that one intersection. Well, it turns out that, you know, the left turn lane is actually just part of the left lane. And we need to actually create a dedicated left turn lane, that’ll solve the problem. That’s management by exception. That’s the intelligence to say, there’s something out of bounds here. It’s an unknown unknown. It’s not something you knew to monitor, but it’s something you need to direct your attention to.”

Value stream intelligence, Dahlgren said, can show you where you’ve been historically successful, and the ways you deviate from those successful pathways that then cause delays. “So when these things manifest again, whether you’re monitoring them or not, we’re going to bring them to your attention. And all the value stream management stuff is your supporting documentation.”

This is important when things go out of bounds in a way we’re not familiar with, he continued. So, in looking at related data, and now seeing some things in combination, you can determine what the next steps should be. “Turns out the four-second yellow light is beneficial, because it gives people one extra second to sneak in that extra left turn, which then smooths out the traffic flow. And some smart engineer had just realized that and set it up. When we brought it back into spec [of three seconds], we didn’t realize that that would actually have these cascading impacts [of slowing traffic]. That’s what we’re bringing to bear when you leverage this kind of intelligence.”

Turning IT into a value center using VSMP and VSDP solutions

Practical wins you can achieve with value stream management