2018 will be the breakout year for PWAs 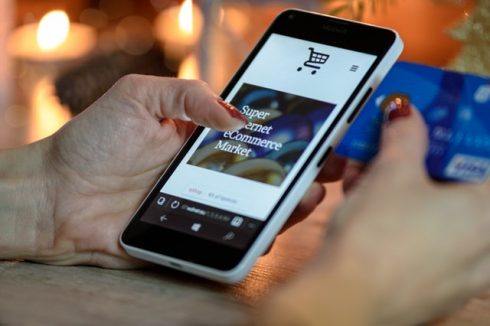 Progressive Web Apps (PWAs) – browser-based applications that take on some performance aspects of native applications — are expected to break out this year, as Apple will begin to ship core features of PWA in its WebKit web browser engine.

PWA has been a drum Google has beaten — mostly as a solo act — since 2015, and even though it has become a web standard, that has not been enough momentum to convince developers to use it. “But with Apple in the game, developers will get off the sidelines,” said Todd Anglin, vice president of product and developer relations at Progress.

Progress Web Apps is a term that represents different specifications advancing independently but collectively, Anglin said. Two of the key technologies behind PWAs are Service Workers and Web App Manifest. Service Workers give developers the ability to manually manage the caching of assets and control the experience when there is no network connectivity, Anglin explained. The Web App Manifest allows users to give the web app metadata describing the app – “things that you’d need for an app store,” Anglin said – so the browsers can give users the choice to install the web app on their home screen.

The point of PWAs is to create an experience that works regardless of network connectivity. “HTLM5 was the first big wave of new APIs, and now PWA is the next wave of pushing the web forward,” Anglin said. He said other specifications, such as web payments and push notifications, are also in the works for PWAs.

Although PWAs can present a native-like experience on mobile devices, Anglin said the industry should move the web-versus-native debate away from PWAs replacing mobile apps. “There are a lot of voices hailing PWA as a replacement for mobile apps, because it’s the fastest way to get people into that content. The web will eventually be able to do everything, but people need to ship apps today. They can’t wait for ‘forever’ processes to catch up,” he said.

“There will always be a category of apps best served by native,” Anglin added. “PWAs are about making the web a more reliable, enjoyable experience” even when there is no Internet connectivity. “It’s still the web, and it’s still JavaScript,” he added. For PWAs, “developers will just have to learn a few new APIs.”

Anglin did say the Service Workers API can be very daunting, as it is quite complex. But several software companies are working to deliver frameworks that will handle a lot of that connectivity for developers, he said.

Further, Anglin said Progress is working to bring convergence across web and native applications with such efforts as support for the JavaScript ecosystem around react , view.js and Angular, which he said will give developers “the ability to have web and mobile. They won’t have to make the decision up front.” And, with NativeScript, developers can use the same JavaScript skills they already have to create native apps. “That creates a unified workflow,” Anglin said.

Progress is working with the Angular team at Google to have NativeScript be a part of Angular. “We’re working through the prototype of that integration,” Anglin said.