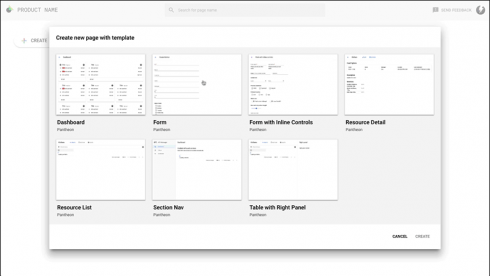 Angular is continuing its work to bring developers and designers together. The Angular team at Google announced the Angular for Designers initiative at the community ng-conf last month. While the public launch is still months away, the team has partnered with Google’s UX engineers to make its vision possible.

“Designers put a lot of time into designing components and features for their products, however there often still remains a gap between a designer’s vision and a developer’s reality,” Blair Metcalf, UX engineer at Google, wrote in a post. “Designers are ready for a dynamic, data-driven way of working and the web is capable of delivering the tools they want.”

As part of the initiative, the UX engineer team is working on a WYSIWYG prototyping tool that will eventually give designers the ability to create prototypes without writing code. “Many articles have been written about the unresponsive nature of current design tools that lack real data; designers are not able to work in a medium that feels like their final product. Instead, designers are limited to creating static mockups that don’t convey experiences well and are often on their own if they want to build a more interactive prototype,” Metcalf wrote.

The team hopes this will help design and development teams communicate better. “[In] a world where a designer is able to assemble a page using the same components as a developer, they can now speak the same language,” Metcalf explained.

14 remote working mistakes that your team could be making

What tomorrow’s developers need to succeed