Angular to bridge the gap between developers and designers 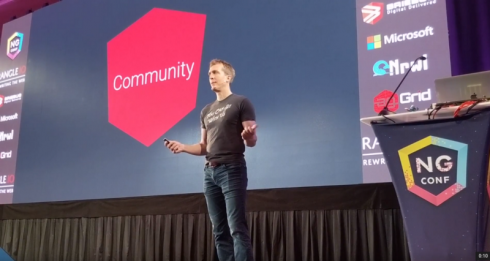 The Angular team announced new plans to help bring designers into the development workflow with the introduction of Angular for Designers at ng-conf  in Salt Lake City last month.

Fluin defines designers as “individuals who focus more on the user interface and user experience.” The reason why the team is taking a broad definition to designers is because a lot of designers define themselves in different ways, use different tools and have a variety of different skills, so the team did not want to leave anyone out.

The problem today is that the standard development process involves a designer building something then throwing it to the developer to execute, and often times they don’t build what the designer intended, Fluin explained. In addition, there are a lot of different development tools and skills that designers need to learn in order to successfully share and collaborate with developers. “Users need experiences, they don’t need technology,” said Fluin.

Angular for Designers is meant to bridge this gap. “If we could find a better way for them to collaborate, we are going to save everyone time and produce better results,” Fluin said. The solution is still in the ideation phase and the team is only exploring certain approaches right now, but nothing is planned to be released yet.

RELATED CONTENT: Angular 6 wants to be smaller, faster and easier-to-use

Some ways Angular thinks it can meet these goals is by providing solutions that don’t force designers to learn developer tools; providing more ergonomic file formats; creating a single HTML file; adding new commands that makes prototyping easier; providing best practices, getting started guides and focused instructions for designers; simplifying the process for designer to contribute; and making it easier for developers to use the design experience.

Fluin also revealed plans to release a prototyping tool that uses real components and enables developers to apply rules from the component library so that designers don’t create things that can’t happen in the real world. Google currently maintains a cloud-based prototyping tool called Cloud Kit that it uses internally. Eventually, the Angular team plans to provide an external version of that.