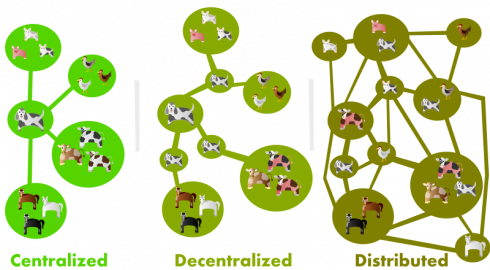 Mozilla is introducing dweb, or decentralized web, in order to solve some of the issues the traditional, centralized web is facing.

“The web is the most successful programming platform in history, resulting in the largest open and accessible collection of human knowledge ever created. So yeah, it’s pretty great. But there are a set of common problems that the web is not able to address,” Dietrich Ayala, developer advocate at Mozilla, wrote in a post.

According to Ayala, a centralized system is defined as one in which “one entity has control over the participation of all other entities.” Some examples include DNS, servers run by a single company, and social networks that are designed for controlled communication. Examples of existing decentralized or distributed projects include Napster, BitTorrent, and Bitcoin.

Because the power over the Internet is held by few large companies, issues that do not result in economic gain are not addressed, Mozilla explained. Some of those issues not being addressed include hate speech and harassment, attacks on Net Neutrality, mass communications compromised and manipulate for profit or gaining a political edge, and censorship and internet shutdowns by governments.

By using a decentralized network, Mozilla believes power can be put back in the hands of the users, allowing them to control their online experience without other entities getting involved.

“Mozilla’s mission is to put users in control of their experiences online. While some of these projects and technologies turn the familiar on its head (no servers! no DNS! no HTTP(S)!), it’s important for us to explore their potential for empowerment,” wrote Dietrich Ayala, developer advocate at Mozilla, in the first in a series of posts on dweb.

Mozilla is introducing several new dweb projects that range from decentralizing identity and social networking, building distributed services on top of the existing centralized web, or distributed application protocols that run the web stack on something other than HTTP.