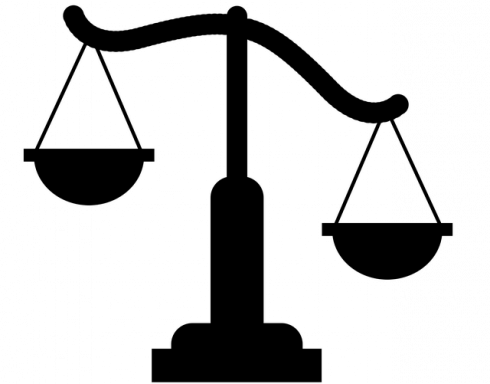 Last week Facebook revealed it was entering into the cryptocurrency space with the announcement of its global concurrency Libra.

The word Libra is most commonly associated with the zodiac sign meaning balance and harmony. It is interesting Facebook chose this name because of all the different intricacies involved such as blockchain and privacy. Technology often struggles to find balance between creating interesting solutions and protecting the end users. Now the question stands, how will Facebook’s Libra disrupt the delicate balance already in place. Will it bring stability to the blockchain and cryptocurrency space or will it create complete chaos?

Cryptocurrencies are all built on the technology blockchain for its ability to provide security and privacy. “Blockchains and cryptocurrencies have a number of unique properties that can potentially address some of the problems of accessibility and trustworthiness. These include distributed governance, which ensures that no single entity controls the network; open access, which allows anybody with an internet connection to participate; and security through cryptography, which protects the integrity of funds,” Facebook wrote in a white paper.

Libra is built on a blockchain and will be governed by an independent association designated to manage and evolve the ecosystem. According to Facebook, the Libra Blockchain is built to “prioritize scalability, security and reliability.” However, according to Brian Platz, co-CEO of  blockchain-enabled database solution Fluree, this cryptocurrency is not built as one would expect.

Blockchain and cryptocurrencies get their reputation for security and privacy because they are typically aligned with a decentralized network. Platz explained that Libra actually falls more on the centralization side of the spectrum. “By being controlled by fewer representatives, even though they still have anonymity in there, each user is still just represented by account IDs. But anyone with visibility into the traffic will be able to cache those ID to identity people very easily, and with the controls still fairly centralized it is certainly going to open up a lot of privacy-related concerns,” he said. “I believe they will have sustainably more visibility into what is going on than a completely decentralized coin.”

“‘Following the intense scrutiny over data collection, the Libra project and Facebook’s relationship with Calibra, the separate entity that will manage its digital wallet services brings Facebook’s future management of user information and data privacy back into focus,” said  Laura Petrone, a senior analyst at the data and analytics company GlobalData. ‘‘Data privacy is one of the most important themes impacting industry and there is growing concern on how Facebook will obtain accountholders’ consent for data-sharing with Calibra, given the company’s poor record around the collection and use of personal data for advertising.”

While Facebook says one of its main goals will be to increase decentralization over time and evaluate new techniques that enhance privacy, the industry can’t help but to be skeptical.

“Yes, they say the Libra data will be kept separate from their social media data, but they say nothing specific on how they will protect the privacy of the data other than they will do it. They don’t provide enough assurances or details on data privacy,” said Avivah Litan, a VP distinguished analyst at the research firm Gartner.

Litan believes if Facebook launched Libra on a public blockchain initially instead of the permissioned one it is on now, then it would be much easier to dismiss privacy concerns. EU regulators and U.S. legislators are already trying to fight against the Libra project, but it Litan worries it may not be enough to stop Facebook.

“Libra’s permissioned blockchain network simply replaces central bank authority with a consortium of permissioned corporate players, with Facebook playing a major role because it directly manages the user interface to a mega 2.4 billion person network. This is cause for regulatory concern, but regulators are not likely to move fast enough to do anything meaningful to stop the initiative, mainly because they are by nature slow, and also because blockchain is an opaque subject,” Litan wrote in a blog.

Despite all the privacy concerns still up in the air, Libra may also bring many potential benefits to the blockchain and cryptocurrency space. The company does say it has plans to move Libra to a public blockchain and it is trying to solve many of the current blockchain challenges developers currently face, such as how to prune data off the blockchain so it doesn’t become unmanageable ,and how to speed up the technology. The big thing though, according to Fluree’s Platz, is that the announcement of Facebook’s Libra is a credibility booster for blockchain. “It will bring more exposure to the space,” he said. “Libra is something developers building apps may integrate to and as they integrate to it they are going to learn more about blockchain technologies. Libra will be an educated experience and probably be a first exposure to blockchain for a larger set of the developer population.”

Litan added that “it legitimizes cryptocurrency – makes it mainstream – and will spur interest, awareness, understanding and adoption of blockchain technology.”

“By making the development of critical transaction code easier, Move enables the secure implementation of the Libra ecosystem’s governance policies, such as the management of the Libra currency and the network of validator nodes,” Facebook wrote. “Imagine an open, interoperable ecosystem of financial services that developers and organizations will build to help people and businesses hold and transfer Libra for everyday use. With the proliferation of smartphones and wireless data, increasingly more people will be online and able to access Libra through these new services.”

Only time will tell if Facebook keeps its promise to make Libra more decentralized, secure and private.