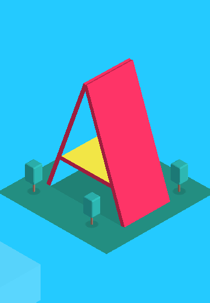 Today the MozVR team released the first version of A-Frame, an open-source framework for creating WebVR experiences with markup. According to its blog, A-Frame makes it easy for Web developers to create virtual reality experiences that work across desktop, iPhone (with Android support on the horizon), and the Oculus Rift. It uses WebGL in HTML custom elements, so creating a high-performance VR experience is easy for developers.

A-Frame also ships with “primitives” for common use cases such as 360-degree videos, images, models, skies, and more. Primitives make it easy to block out a scene in minutes, and they can also be combined with lighting, animation, sound and interactivity. (A full list of primitives is available here.) Developers can also manipulate A-Frame with standard JavaScript methods.

The goal is to help agencies build the highest-quality apps and products using Google technologies and make sure app creators are giving their users good experiences.

Changes include those to OneCore so that it can push Windows onto PCs, tablets, phone, IoT devices, Hololens and Xbox more efficiently. Microsoft is also refactoring code and doing other work to make sure OneCore is structured for teams to start checking in new features and improvements for next year.