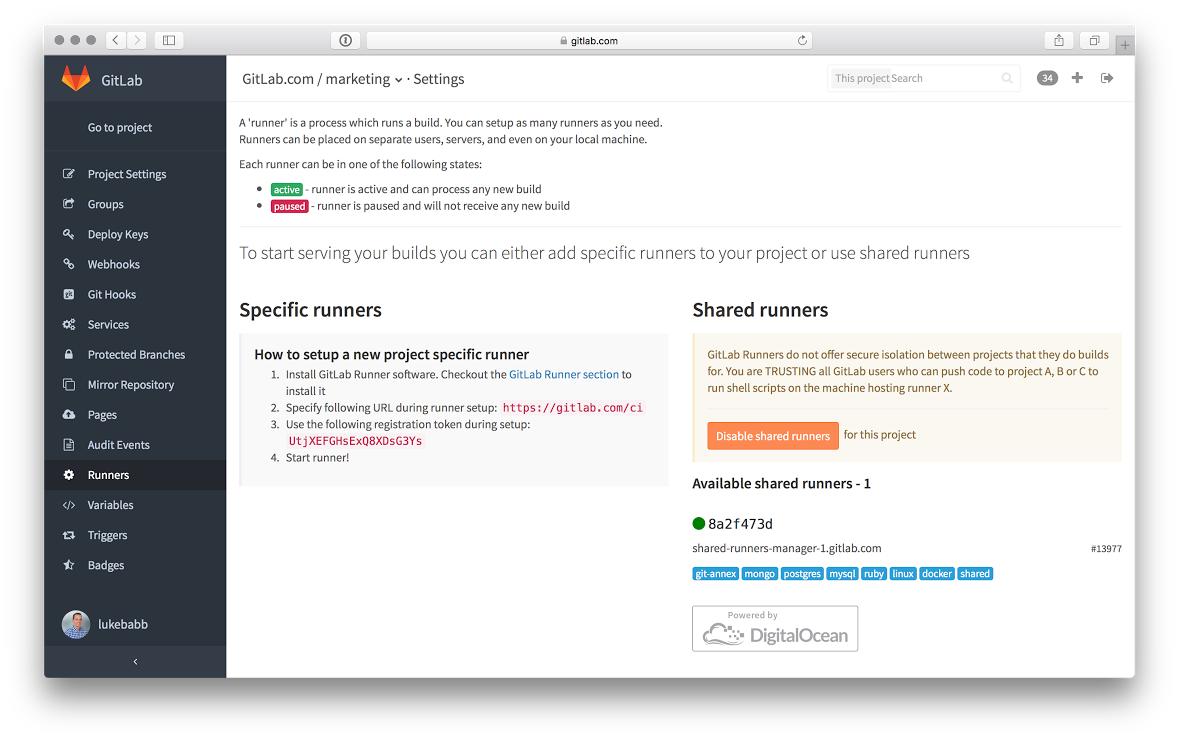 To help developers eliminate some of the scaling challenges they face, GitLab, the open-source code collaboration tool, announced a partnership with DigitalOcean, a cloud infrastructure provider to add free hosting for Continuous Integration (CI) for development teams.

Working together, the organizations want to help developers with CI issues like speed, security and cost. The partnership provides free runners to all projects on GitLab.com to make CI easier to use, and it helps enterprises go from an idea to production quicker.

“Developers want feedback,” said CEO of GitLab Sid Sijbrandij. “Today many people have a very long test week, so that takes a couple of hours. But GitLab CI makes it really easy to split this up into parallel tests. Instead of having one test that takes three hours, you split it up in six tests that take half an hour.”

GitLab has also introduced a new autoscaling feature to go along with its GitLab Runner, which is a hosted application that processes builds. GitLab Runner AutoScale can provision new virtual machines as developers need them. It can do this on premises by using something like OpenStack or VMware, or it can do this in the cloud with something like DigitalOcean.

The availability of GitLab Runner AutoScale will allow developers to run all their builds in parallel; with Digital Ocean, it can make new instances available in under a minute, said Sijbrandij. Runners are now better equipped to handle large codebases, multiple builds, tests, and other production workloads.

This announcement also helps developers by providing them with an integration that they can use to improve speed, security and cost effectiveness, said Sijbrandij.

Developers get exactly the number of machines they need, speeding up deployment or testing. After the machines run a test, developers can discard them so the same test is never running on the same machine, making it more secure and ensuring the code never goes to another project or user.