Pushing testers out of their comfort zone

Getting testers on board with agile development processes is the only way organizations can successfully make the transition to more frequent delivery of software while retaining quality.

That’s the opinion of Selena Delesie, a software development and agile consultant who gave the keynote address at the annual STARWEST conference, running this week at the Disneyland Hotel in Anaheim.

She related anecdotes and experiences from her 14 years of working in testing and software development. She said that in her work as a consultant, she frequently finds that testers and testing teams feel as though they have no power in the development process.

(Related: Testing is still a problem for cybersecurity)

Delesie said she had worked with an organization where the development processes were said to be agile, but the testers weren’t on board. “The testers in that organization were still holding on to all the ways they did tests before agile. They still needed lengthy test plans, they still needed final signoff. They went and did all their testing away from the rest of the team. It was so far gone they had a separate room for the testers, and all the programmers sat together. There was no overlap,” she said.

Delesie found that the reason for this lack of agility on the testing team came from the testers themselves. They were concerned that changing to agile processes meant their jobs would be eliminated, and thus they were clinging to the comfort and safety of their existing processes.

Delesie said she had to show that team that their jobs would still be important after the shift to agile. She encouraged them to go to the development team and ask, “How can I help?” 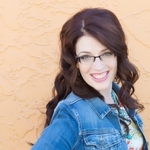 In 2003, Delesie led a testing team at RIM on the BlackBerry. She said the team had “three or four times the amount of work they wanted to get done than what we had time for. For a long time we’d have people do overtime all the time. We probably did double the work we should have been doing. People were burning out. I was working 65-hour weeks for months on end. I would do it because it was my job as a leader. I believed that’s how it was supposed to be.”

At the same time, Delesie was sent to a leadership course where the instructor told the attendees that they should never be friends with the people they manage. She said she was immediately turned off by this way of thinking, especially at the tender age of 24. She was already friends with many of her charges.

“We said we’ve got to change this; this is not showing any care or respect for the people we work with, and we’re making a lot of mistakes,” said Delesie. “We took it back to the product managers. We said, ‘We need you to prioritize the work being handed to us. You have this many hours of work, we have this many hours: These are all the tasks. Now you need to buy the hours you have available.’ They put their hands in the air and said, ‘What do you mean we can’t have it all done?’ ”

While the product managers complained, within six weeks the development process was transformed, and RIM began paying its testers for overtime, something the company had never done on the software side of the business.

Delesie also implemented playtime and communal eating times into her agile schedule. She said that building in outings, game time, and opportunities for the team to interact and build social connections in manners other than working together will often result in better workers with greater motivation.

Soon after, Delesie began to get requests from other parts of the business for people to move into her department.

She went on to describe a time after RIM when she was working with a product manager who demanded that no testers were allowed in meetings. “I asked questions. I asked him, if in [his] last organization did [he] have a problem with testers on your projects,” she said.

“I asked what happened. He told me when the testers were in meetings with programmers, they would test problem areas and report bugs before the software was written yet, and that made him look bad. He felt he could not do his job with testers in the room.

“I asked, ‘Can we try an experiment?’ When you use the word ‘experiment,’ people feel they have an out. I asked what if I had one tester sit in the weekly meeting and I promise he won’t say a word. He looked scared but said OK.”

The manager remained hostile to the idea, but over time, Delesie kept sending the tester. Eventually, he was able to ask questions during meetings, and after a month, she said he was leading design discussions with the entire programming team. She attributed this success to listening to the manager’s concerns.

Delesie went on to explain that testers need to remember that they do have power in the development organization. Feeling powerless results in testers no longer speaking up or bringing their concerns to management. She said that the easiest way to lose power is to assume you have none.