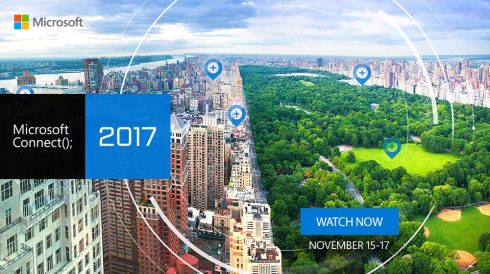 “With today’s intelligent cloud, emerging technologies like AI have the potential to change every facet of how we interact with the world,” Scott Guthrie, executive vice president of Microsoft’s cloud and enterprise group, said in an announcement. “Developers are in the forefront of shaping that potential. Today at Connect(); we’re announcing new tools and services that help developers build applications and services for the AI-driven future, using the platforms, languages and collaboration tools they already know and love.”

The company announced the preview of Azure Databricks, a new solution that brings Databricks and Azure together to provide data science and data engineer teams with a collaborative workspace, a unified engine for all types of analytics and a serverless cloud infrastructure. Azure Databricks is built off of Databricks’ Unified Analytics Platform, and also provides full integration with the Azure cloud platform.

“Our alliance with Microsoft is a major milestone for the growth of Databricks’ Unified Analytics Platform,” said Ali Ghodsi, cofounder and CEO at Databricks. “There’s a large base of Microsoft Azure customers looking for a high-performance analytics platform based on Spark – and Databricks is already the leading Cloud platform for Spark. These organizations will be able to simplify Big Data and AI with Azure Databricks.”

To increase developer productivity, the company also announced Visual Studio App Center, Visual Studio Live Share, and a preview of Azure DevOps projects. The Visual Studio App Center is designed to automate and manage the lifecycle of iOS, Android, Windows and MacOS apps. “Developers can connect their repos and within minutes automate their builds, test on real devices in the cloud, distribute apps to beta testers and monitor real-world usage with crash and analytics data, all in one place,” Guthrie wrote in a blog post.

Visual Studio Live Share gives developers the ability to share projects with their development teams or other teams, collaborate in real time, and edit and debug the code in their personalized editor or IDE. “Rather than just screen sharing, Visual Studio Live Share lets developers share their full project context with a bi-directional, instant and familiar way to jump into opportunistic, collaborative programming,” Guthrie wrote.

Azure DevOps projects will enable developers to configure a DevOps pipeline and connect to Azure Services, according to Guthrie. “In less than five minutes, this feature will ensure that DevOps is not an afterthought, but instead the foundation for new projects and one that works with many application frameworks, languages and Azure hosted deployment endpoints,” he wrote.

In addition, the company announced the upcoming preview of Visual Studio Connected Environment for Azure Container Service. This solution will enable developers to edit and debug cloud native apps running on Kubernetes in the cloud.

To make artificial intelligence accessible to every developer, Microsoft also announced preview versions of Visual Studio Tools for AI and Azure IoT Edge. Visual Studio Tools for AI is an extension of the VS IDE. The solution will provide debugging and editing capabilities as well as support popular deep learning frameworks. “With this addition, developers and data scientists have a full development experience at their fingertips to create, train, manage and deploy models locally, and scale to Azure,” Guthrie wrote.

Other announcements of the conference included: Microsoft joined the MariaDB Foundation as a platinum member; a preview of Azure Cosmos DB with Apache Cassandra API; and a new GitHub partnership on GVFS.

“It’s never been a better time to be a developer, as developers are at the forefront of building the apps driving monumental change across organizations and entire industries. At Microsoft, we’re laser-focused on delivering tools and services that make developers more productive, helping developers create in the open, and putting AI into the hands of every developer so they unleash the power of data and reimagine possibilities that will improve our world,” Guthrie wrote.