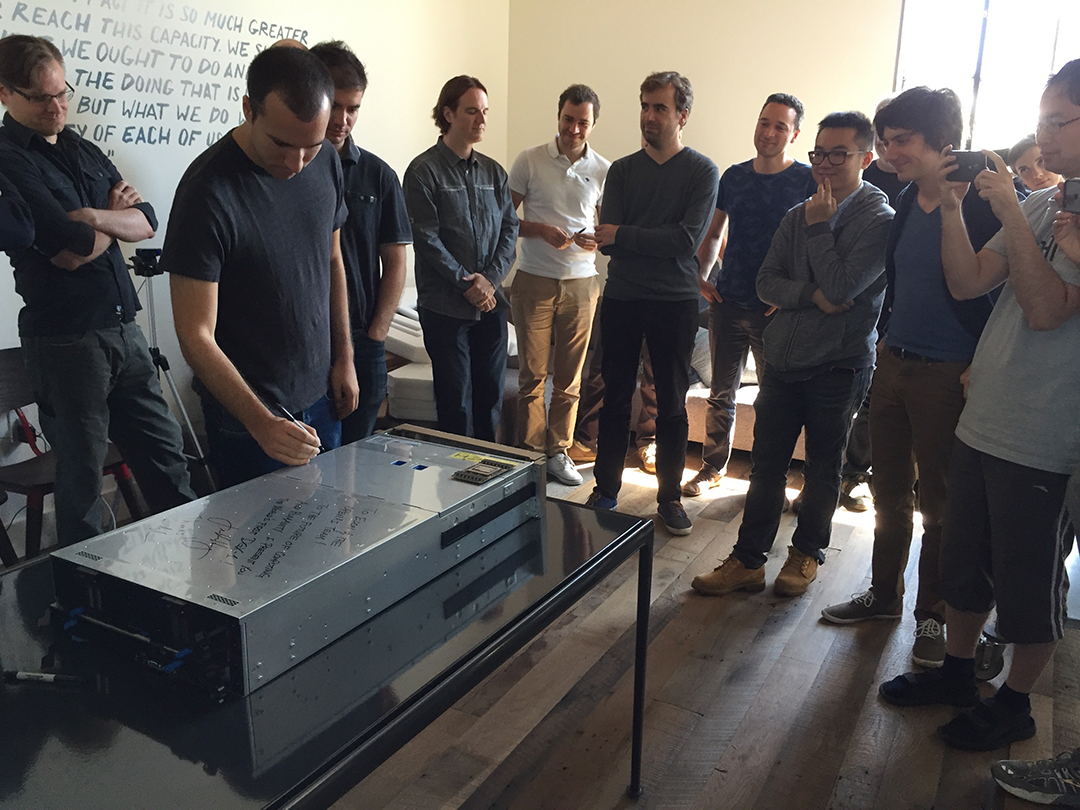 The DGX-1 is packed with 170 teraflops of computing power, equaling 250 conventional servers. OpenAI will use it to work on projects like artificial personal assistants, autonomous cars, and robots that will become accessible to everyone.

“The DGX-1 is a huge advance,” said OpenAI’s research director Ilya Sutskever. “It will allow us to explore problems that were completely unexplored before, and it will allow us to achieve levels of performance that weren’t achievable.”

Other researchers at OpenAI said that they are limited by computational power in their systems, and advances depend on GPUs being fast. Also, using the DGX-1 will allow researchers to tackle challenges called “generative modeling,” which means using data to generate appropriate responses in machines so they can behave more intelligently.

OpenAI’s CTO and cofounder, Greg Brockman, talks about the challenges of AI here.

Google’s new OS: Fuchsia
According to The Verge, Google is working on a new operating system named Fuchsia. While its GitHub code repository is growing, nobody’s quite sure yet of what this operating system will be used for.

According to The Verge, some are suggesting that the OS could be used to “unify” Chrome OS and Android into a single operating system. Others say it will be used to power hardware on Google’s OnHub router or other third-party devices, wrote The Verge.

The code is built on Magenta, and both of the developers listed on the GitHub page for the OS are experts in embedded systems. The Verge said that Fuchsia seems to be intended for more than just Wi-Fi connected gadgets. Hacker News suggested that Fuchsia could be used for augmented reality interfaces.

DuoSkin wearable tattoos
MIT Media Lab and Microsoft Research joined together to help develop a wearable tattoo that can be used for sensing touch input, displaying output, and wireless communication.

The tattoos are called DuoSkin, and they resemble metallic jewelry in the form of temporary tattoos. DuoSkin devices enable users to control their mobile devices, and store and display information.

The skin input elements resemble traditional user interfaces like buttons and 2D trackpads. DuoSkin devices communicate by using NFC, with tags that comprise a chip that connects to a coil, which is fabricated using gold leaf and then customized into different shapes and styles.