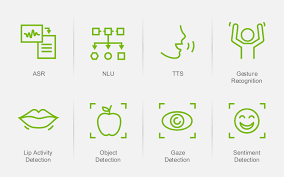 The new offering was trained over several million GPU hours on over 1 billion pages of text, 60,000 hours of speech data, and in different languages, accents, environments and lingos to achieve world-class accuracy, NVIDIA stated in a post.

First, developers can choose pre-trained Jarvis models from the NVIDIA NGC catalog and then fine-tune it with the NVIDIA Transfer Learning Toolkit. Models can also be deployed using just a few lines of code so deep AI expertise isn’t needed.

“We launched Common Voice to teach machines how real people speak in their unique languages, accents and speech patterns,” said Mark Surman, executive director at Mozilla. “NVIDIA and Mozilla have a common vision of democratizing voice technology — and ensuring that it reflects the rich diversity of people and voices that make up the internet.”