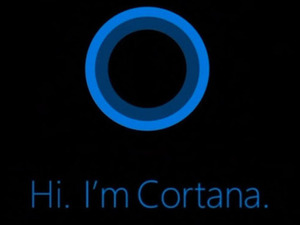 Cortana has been pulled out from the Google Play Store because saying “Hey Cortana” was causing problems for the microphone of several Android devices. The saying was interfering with Google Now’s “Ok Google” feature, according to Android Community.

It’s not determined yet if the microphone problems are the sole cause of the removal of the feature. For now, “Hey Cortana” is no longer available in the U.S. Play Store.

Amazon wrote in a blog that the reason behind building Amazon ECR was because many like running their own private Docker image registry, but “It presented many challenges, like managing the infrastructure and handling large-scale deployments that involve pulling hundreds of images at once.”

With Amazon ECR, developers can host their images in a highly available and scalable architecture, allowing them to reliably deploy containers for your applications. Amazon ECR is also secure, and images are transferred to the registry over HTTPS and automatically encrypted at rest in S3.

Microsoft reboots Coding4Fun
Microsoft has announced the reboot of Coding4Fun, a website within its Windows Development Center designed for “exploring the lighter side of Windows 10 development,” according to the company. Developers can use the site to create code samples using Microsoft’s APIs available on its Universal Windows Platform.

“Even though the focus of Coding4Fun has changed a bit over the years, our passion for development remains relentless. We are still as dedicated to delivering top-quality, project-based content that includes complete, well-commented source code, provided under the MIT open-source license, and documentation on how to build the sample,” the Windows Apps Team wrote in a blog post.

Coding4Fun provides a guide to Universal Windows apps, an inside preview of Windows 10 development, and code samples.