When you picture the combination of high fashion and high technology, you probably think oil and water and “never the twain shall meet.” Saying “developer” and “fashionista” in the same sentence? Not likely. However, now that wearable devices are gaining popularity with consumers and big-name designers, “opposites attract” is perhaps a more accurate idiom for 2016.

Let’s consider Michael Kors. This hot brand has demonstrated interest in high-tech by creating chic lipstick tubes and compact mirrors that double as portable phone chargers. CuteCircuit, a London-based wearable fashion company favored by Lady Gaga and Katy Perry, has been popular at previous New York Fashion Weeks. CNBC recently shared a fascinating list of future trends to watch, with even more fashion-forward wearable tech surprises. The driving force behind these cool trends are developers, coders and engineers, and whatever they do—including what they wear—influences the rest of us.

Dreamforce 2015: One of technology’s hottest spots
If you are into developer watching, you’ll want to attend Dreamforce 2015. You’ll see a lot of them among the nearly 130,000 people from around the world that will soon descend upon downtown San Francisco; they tend to hang out at the DevZone.

Dress code for coders
Take a look at some tips from Fashionforce 2015, the first-ever Salesforce developer fashion show held in conjunction with the local Salesforce Raleigh User Group and featured by the Salesforce Foundation. This event raised nearly US$3,000 from corporate sponsorships, which donated proceeds to three nonprofit North Carolina Salesforce organizations: Carolina Tiger Rescue, Children’s Flight of Hope and the Triangle Volunteer Center. 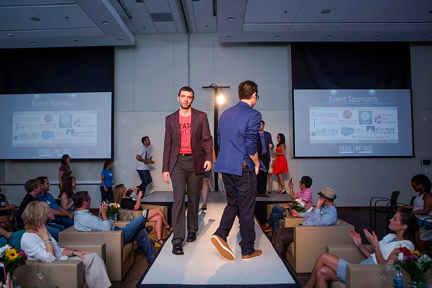 The developers hit the runway in RTP at Fashionforce 2015.

Diversity in the DevZone
The exciting thing about this regional event with its theme of “What to Wear to the DevZone” was how it showcased the diversity of today’s developers, beyond just their individual styles.

Not surprisingly, the most popular ensembles in the show focused on the combination of comfort and technology—with options to dress it up if the mood strikes. 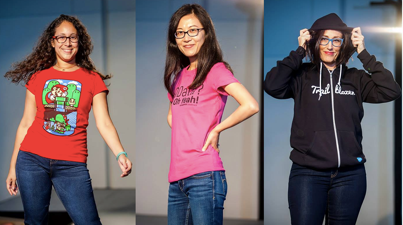 Female engineers striking a pose in their tees and hoodies.

Sumit Sarkar is a Chief Data Evangelist at Progress.

View all posts by Sumit Sarkar