The U.S. Defense Research Projects Agency (DARPA) announced it is developing a brain interface to inject images directly into the human visual cortex via a “cortical modem” chip implanted in the brain.

DARPA announced the project at the Biology Is Technology conference this past week and subsequently in the transhumanist magazine Humanity Plus. DARPA Biological Technologies chief Phillip Alvelda, the project’s lead scientist, explained that the implant is the size of two stacked nickels. The direct neural interface would eliminate the need for augmented or virtual reality glasses or headsets. The technology is in early development, currently with the “visual fidelity of something like an early LED digital clock,” according to Alvelda.

Google announces beta channel for Android WebView
Google has announced it is allowing developers to use a new beta channel to test and get feedback about the latest version of WebView.

“WebView updates bring numerous bug fixes, new Web platform APIs and updates from Chromium,” wrote Richard Coles, software engineer at Google, on the company’s blog. “If you’re making use of the WebView in your app, becoming a beta channel tester will give you an early start with new APIs as well as the chance to test your app before the WebView rolls out to your users.”

CoreOS wants to make its Rocket containers a runtime option in Docker
Linux distribution company CoreOS is in the throes of a container war with Docker, and its next blow is aimed for inside the Docker Engine itself.

CoreOS has submitted a proposal for Rocket App Containers (appc) to be included as a runtime option in the Docker Engine. The company is looking for feedback from the Docker community on making Rocket’s app containers interoperable with the Docker v1 image format before its appc specification reaches version 1.0.

The proposal details processes by which Rocket could run Docker images and how Docker could run App Container images. More information can be found on the CoreOS blog. 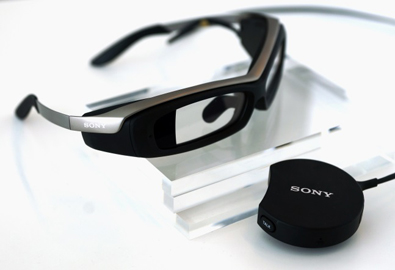 The developer edition will include an SDK, holographic waveguide technology, monochrome display, and a variety of sensors such as accelerometer, gyroscope, compass, and microphone.

IBM announces center to create more jobs
IBM has entered into a partnership with CenturyLink and the state of Louisiana to create high-tech jobs in Louisiana. The company announced it will be opening and staffing an app development innovation center that is expected to create 400 jobs for experienced professionals.

“Louisiana is the right place for high-tech job growth with an exceptional education system, business environment and workforce to serve the needs of our clients,” said Colleen Arnold, senior vice president of sales and distribution at IBM.

In addition to the center, IBM will work with local professors to help ensure the curriculum focuses on technology, math and software development.

Apple awarded virtual reality patent
Apple has been awarded a new patent that would allow users to use their iPhones or iPods as a virtual reality display. The patent is for a head-mounted device that can hold a mobile device, such as an iPhone.

“Using head-mounted devices, a user may view media provided by a portable electronic device,” according to the patent. “For example, a user may couple a personal electronic device, such as the iPod…or the iPhone…to the head-mounted device via a cable or wire. Such a configuration can allow the user to view media on a private display, while the media is provided by a personal handheld device.”