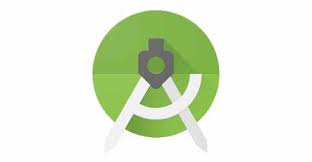 Google today announced the preview release of Android Studio, the company’s developer environment for mobile applications that focuses on speed of delivery and testing Android apps for every device.

A feature called Instant Run lets developers see the impact of changes to their code in an emulator running the application. “Developers can now see changes in one to two seconds,” she explained. “As a developer, the best feeling is when they’re in the flow, and by letting them see the results of their changes that quickly, it helps them stay in that zone. Developers tell me when it comes to mobile app testing, emulators are critical.”

The second major feature is Android Emulator. Cuthbertson noted there are 1.4 billion 30-day active devices in use today, and organizations “want to test on all of them.” A rebuilt user interface presents common device actions such as volume control and screen rotation, and in the new version, developers can rescale the emulator window, she said. “In Android Studio, you can build a matrix of system images and emulated hardware” to test against, she added.

Android Studio 2.0 also includes what Cuthbertson called “a very early preview” of a new GPU Profiler that will enable developers to record and replay graphics-intensive applications frame by frame for debugging as the application runs the OpenGL ES Android code.

Cuthbertson discussed the “tremendous momentum” Android Studio enjoys, with five major releases since the environment came out of beta last year, and 103 public pushes of updates occurring in that time.

Versions 1.4 and 1.5 of Android Studio reflected Google’s investment in stability and quality,” said Cuthbertson. “Developers spend hours at a time in their environment; it has to be amazingly stable,” she said.

Android Studio 2.0 is built on the IntelliJ Java development environment created by JetBrains, and the speed of updates to that tool is driving the work in Android Studio, Cuthbertson said. With the new Test Runner tool from IntelliJ, users of Android Studio can now do unit tests and Android tests at the same time.

Further, IntelliJ’s approach to “intention action”—suggesting a solution when situations arise when classes haven’t yet been imported or methods haven’t yet been written—is behind the Android Studio capability to test deep links in Android app, said Cuthbertson. “In the IDE, you’ll see a small bulb that suggests improvements to code. They’re smart suggestions in context, like, ‘Hey, you should add a link here,’ ” she explained. “You can do static analysis on links, and real-time testing.”