JetBrains has announced the 1.0 release candidate of its statically typed programming language for the JVM, Android and browsers: Kotlin. The language is designed to reduce the amount of code developers need to write; avoid entire classes or errors; provide versatility; leverage existing frameworks and libraries with 100% Java Interoperability; and support command-line compilers or first-class IDEs.

According to the company, the RC requires all code to be recompiled in order to ensure developers are on the newest version.

Other features of 1.0 RC include a cleanup of the language from Beta 4, bug fixes, improvements to Java interoperability, and changes to the standard library.
Full details are available here. 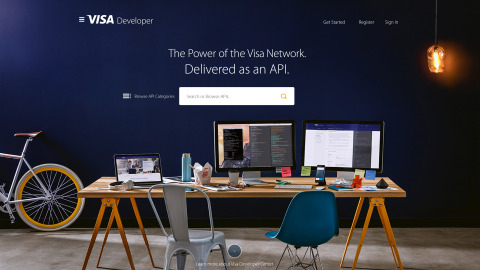 “We are unbundling Visa’s full suite of products and services and giving developers open access to the underlying payment capabilities,” said Rajat Taneja, executive vice president of technology at Visa. “We believe this will lead to the creation of entirely new commerce experiences with Visa technology integrated to enable greater security, scale and convenience when it comes time to pay. When you add the ability to distribute those new experiences across Visa’s global network, you can see why Visa Developer will become the preferred playground for developers everywhere.”

Visa plans to provide access to more of its payment capabilities over the next year.

Python 3 for Scrapy
Beta Python 3 support has arrived for Scrapy 1.10rc1. This comes after months of work on the part of the Scrapy community and Scrapinghub.

For Scrapy users (and those who haven’t used Scrapy due to the lack of Python 3 support), this is a milestone for them, according to a Scrapy blog post. Scrapy veterans and new adopters will be able to move their entire stack to Python 3 once the release becomes stable. Since it is a release candidate, it is not ready to be used in production.

Google to hold Project Tango workshops
As developers prepare to send their application ideas for Lenovo’s Project Tango-powered phone, Google will be hosting workshops focused on specific Tango features. The most recent workshop was held with Westfield Labs, and it focused on bringing indoor location apps to life. More information is available here.

The next workshop will focus on utilities, particularly Project Tango-specific abilities such as 3D measurements and mapping.

Developers have until Feb. 15 to send their Project Tango app ideas to the App Incubator.