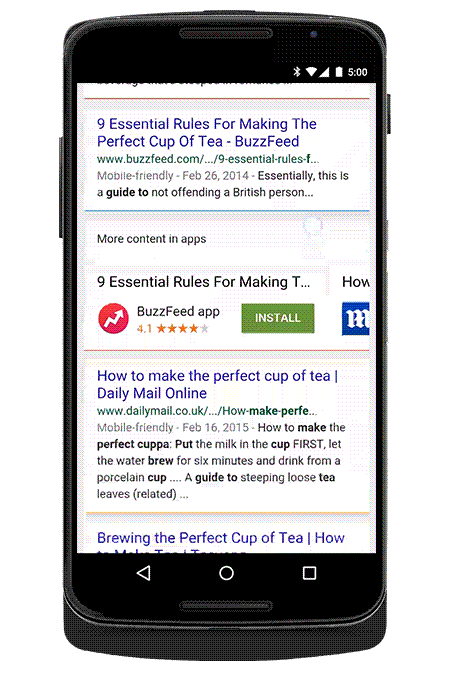 Google is making it easier for people to find applications with App Indexing. App Indexing already provides users with a way to interact with an installed Android app, but starting this week, people searching on Google can discover other apps even if they haven’t installed them.

In addition, Google will be using App Indexing as a ranking signal, regardless if a user has certain apps installed or not, according to Lawrence Chang, product manager at Google.

“We hope that Search will now help you acquire new users, as well as re-engage your existing ones,” he wrote in a blog post.

Microsoft shut down MS Open Tech
Three years after founding MS Open Tech as a startup subsidiary to promote the company’s open-source contributions, Microsoft is shuttering the standalone organization and announced it will “rejoin Microsoft.”