Developed by the Nokia Technologies Group, a separate entity from the Devices and Services business acquired by Microsoft, the Nokia Z launcher is the first new project in Nokia’s post-smartphone era. In addition to already-existing features such as simple app layout and MyScript handwriting recognition, the new version adds improved HTC One and Moto X support, drag-and-drop favorites, WiFi SSID algorithm incorporation, and more.

You can read more about the Android launcher’s new features and pre-beta release in the official Nokia Z blog posts. – Rob Marvin 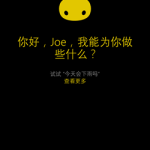 In a blog post, Windows Phone VP Joe Belfiore detailed the new features and additions to 8.1, including new versions of the Cortana personal assistant in China and the U.K. with new natural language scenarios, snooze times for reminders, and “personality improvements.” Other new Windows Phone 8.1 features include live folders on the Start screen, an updated Xbox music app, multiple SMS selection, and smart case support.

More information can be found on Belfiore’s blog. – Rob Marvin

New password protection scheme provides exceptional level of security
Researchers from the New York University Polytechnic School of Engineering have created an open-source password protection scheme, designed for institutions and corporations, that makes it almost impossible for hackers to decode even small numbers of people’s passwords. PolyPasswordHasher uses the password information to encode a cryptographic store that can’t be authorized unless a threshold number of passwords are submitted instead of directly storing it on a database. 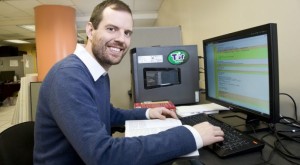 “Even if the password file and all other information on disk were stolen, an attacker could not verify a single correct password without guessing a large number of them correctly,” said Justin Cappos, assistant professor of computer science and engineering at NYU Polytechnic. – Christina Mulligan

“Whether you’re building a mobile or Web app, Startup Launch has a rich set of tools and APIs that you can leverage to launch your product,” the company wrote on the Startup Launch page.

Google is currently piloting the program with a select number of startups chosen by their Developer Relations team. More information about the project and how to apply is available here. – Christina Mulligan