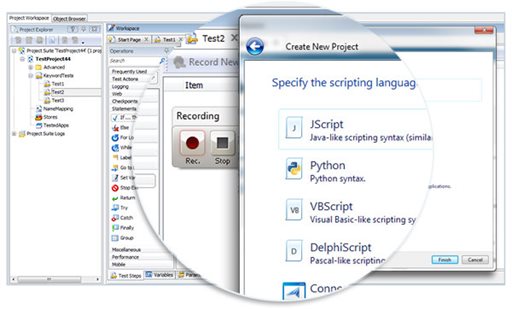 SmartBear Software announced TestComplete 12.2, with features like the new Environment Manager and connection to an on-demand cloud testing lab.

The new Environment Manager also enables development and QA teams to report on automated UI tests by connecting to CrossBrowserTesting. Tests can run in parallel, metrics can be analyzed, and users can gain access to live a desktop browser to debug issues like HTML, JavaScript and CSS.

Red Hat OpenShift Container Platform 3.4 integrates architectures, processes and services so companies can enable delivery of their traditional, legacy and container-native applications and containerized workloads, according to the company.

More features can be found here.

Android Security looks into malicious apps
Research from the Android Security Team identified security-related reasons for why Android devices stop working, and how to prevent that from happening.

One solution that software engineer Megan Ruthven writes about in an Android Developers blog is Verify apps, a solution that checks to see if there are Potentially Harmful Apps (PHAs) on a device. She wrote that when a PHA is found, “Verify apps warns the user and enables them to uninstall the app.”

When Verify apps doesn’t work, developers should consider flagging Dead or Insecure (DOI) apps. Android uses the DOI metric and other security measures to figure out when an app is a PHA, and when vulnerabilities are discovered, the team patches Android devices with its security update system.

The newest offering is MaterialCompute, which aims to reduce clicks, improve flows, and optimize displays on mobile and desktop. Developers can use MaterialCompute to create and manage applications, and then interface seamlessly to PushToCompute mechanisms, according to the company.