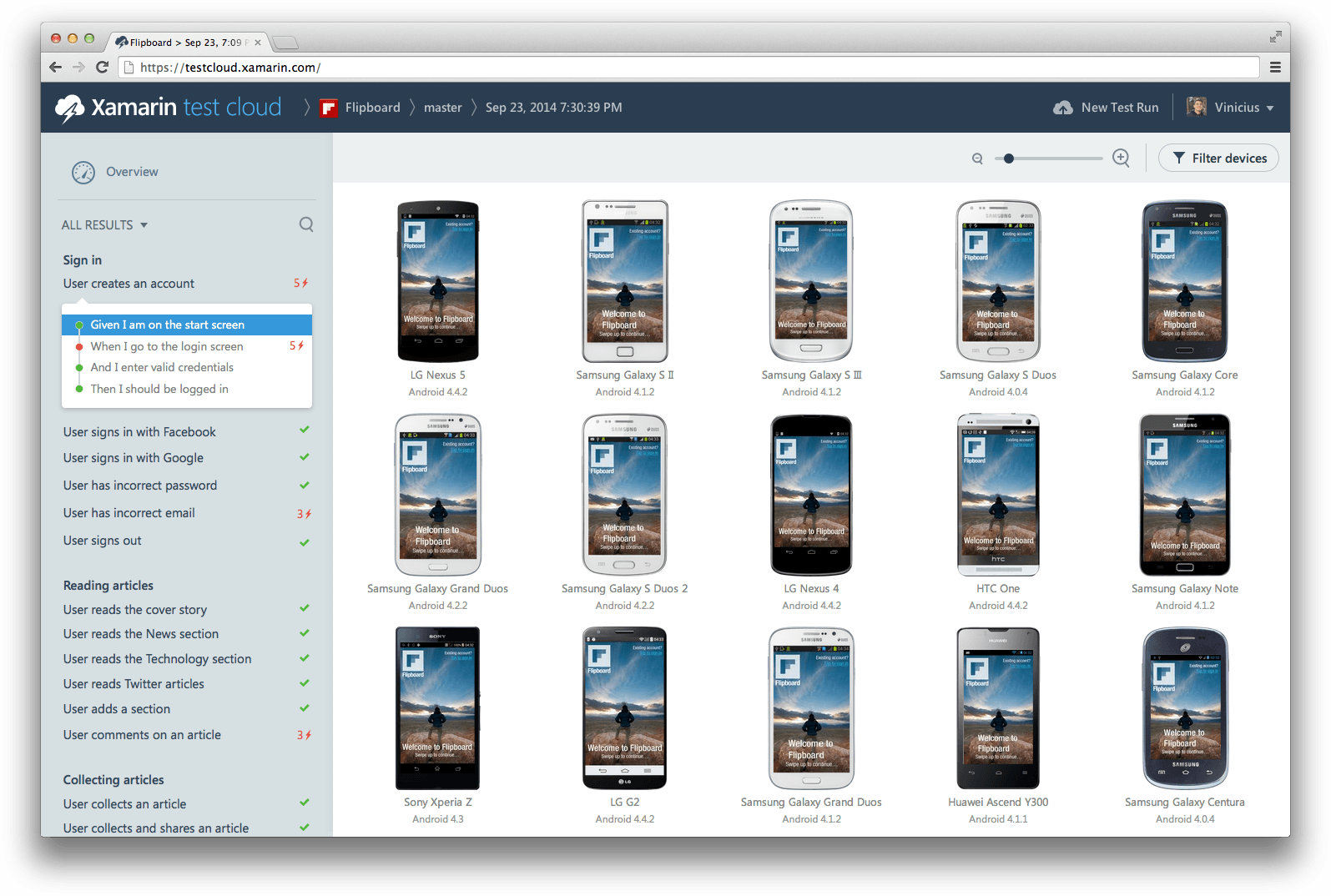 When it comes to mobile testing, developers have to test their app on an wide array of devices and platforms. There are about 19,000 distinct Android devices (according to OpenSignal’s recent fragmentation report) and more than a dozen iOS devices, making it difficult for developers to ensure their app performs and behaves well across every device. As a result, Xamarin is launching the Xamarin Test Cloud, allowing developers to automate tests on more than 1,000 real devices all throughout the development process.

“We built Xamarin Test Cloud to address a major pain point in the delivery of mission-critical apps for enterprises and top mobile app companies,” said Nat Friedman, cofounder and CEO of Xamarin. “With Xamarin Test Cloud, we are bringing Xamarin’s established mobile expertise to this critical stage in the app development life cycle to help all mobile developers have higher quality and more successful apps.”

With Test Cloud, developers can set up tests for different device platforms, operating system versions, form factors and hardware capabilities, and get detail reports with results, screenshots and performance metrics.

“Doing this on your own is expensive and difficult,” Friedman wrote on the company’s blog. “It’s simply impractical for developers to purchase hundreds of devices themselves, manage a giant device library, ensure coverage with every test run, and merge test results from large-scale tests performed multiple times per day.”

The company plans on adding more than 100 devices to the Test Cloud every month, and it will be take requests for specific devices.