Following in the footsteps of Awesome PHP and Awesome Sysadmin, feature in a previous GitHub Top 5 , is a list, curated by Thiago Avelino of awesome Go frameworks, libraries and software. From databases, machine learning and testing to third-party APIs, web frameworks and tools, Awesome Go has something for all your Go programming needs.

In this week’s top projects, everything is awesome. Or at least the top two slots, anyway. Compiled by Vinta, it’s the same deal as Awesome Go, only in Python.

Developed by Steven Degutis, Hydra lets you hack your Mac OS X desktop environment. Using hotkeys, a built-in REPL and command-line tools, the Hydra API slides its lightweight tentacles into your desktop to make it your own.

The Angular team is working to implement Android L’s material design specification for unified visual motion and interaction across devices into the Angular framework. The project is still in the early development stages of creating a set of AngularJS-native UI elements enabling material design. 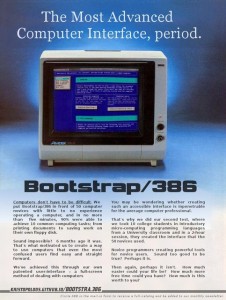 Bootstrap/386 is a Twitter bootstrap v2 theme to make webpages look like they’re from the 1980s. This project from Chris McKenzie speaks for itself. ‘Nuff said.