Report: A majority of companies feel confident about API security 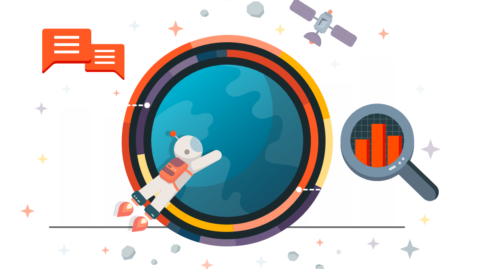 Companies are feeling confident about the security of their APIs, even in the midst of frequent reports of API security breaches and misuse. A newly released report from API platform provider Postman found almost three quarters of respondents feel their APIs were “very secure” or have “above-average security,” and only 2.4% responded that their APIs were not secure.

“While there have been many reports of security breaches over the past year, not just with APIs, but technology as a whole, what doesn’t make the news is that there are millions of APIs that operate as expected, with no security breaches, day after day, month after month, year after year,” Rebecca Johnston-Gilbert, a Postman spokesperson stated in an email to SD Times. “Our survey reflects the confidence in the security of their APIs, of both developers and the industry as a whole. The reality is that jobs are on the line, and reducing vulnerabilities and keeping APIs secure are important goals they work toward every day.”

The annual Postman State of the API report is designed to provide insights into the most significant issues and opportunities for APIs to address in 2020. Postman surveyed over 10,000 API developers, users, testers, and executives for the report. The survey revealed that more developers work with APIs than other users in an organization, but that the reach of APIs is expanding to more than just developers. About 46% of respondents identified as being a front-end or back-end developer. Some of the other roles represented in the survey include QA engineers, technical team leads, API architects, and DevOps specialists.

“This year’s survey data reveals that the API ecosystem is expanding beyond developers,” said Abhinav Asthana, Postman’s co-founder and CEO. “Working directly with APIs has become part of a surprising number of positions, including non-developers such as executives and technical writers, which we think is an intriguing trend.”

The report also found that almost half of the respondents do not feel their APIs break, stop working, or change specification often enough to matter. About 28% said that breakages and changes occurred monthly, 15.7% said weekly, and 3.2% said daily.

Another key finding is that 63.5% of respondents feel that providing examples in documentation is the most helpful enhancement that API providers can make. This was followed by standardization (59.4%) and sample code (57.8%). Other helpful enhancements included real-world use case, better workflows, additional tools, and SDKs.

The company also discovered the breakdown of time spent working with APIs. According to the 2019 Postman State of the API report: