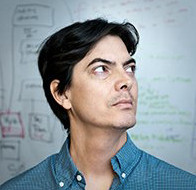 Tony Tam has definitely got Swagger—as in the API framework that he created. Swagger 2.0 was released earlier this year, and its popularity is helping to smooth out the frustratingly fragmented world of APIs. Today, he joined SmartBear, where he will head up API-related work within the company.

Tam originally developed Swagger while working, of all places, at an online dictionary: Wordnik. It was while working as its CTO when he started building Swagger in 2010.

Since that time, Swagger has grown to become the most popular of a new set of API standards and frameworks, aimed at easing the development of RESTful APIs. Perhaps the most useful part of the Swagger framework is that it can automatically generate documentation for APIs. It also decouples client and server code so that the end user’s client no longer needs to know what exactly the server code is doing.

Doug McNary, CEO of SmartBear, said, “Tony Tam brings his unique vision for Swagger and his passion for the API industry to SmartBear, which will help the company bring forward not only our open-source strategy, but our API tools strategy as a whole. He is a well-respected expert in the API industry, and we’re excited to have Tony’s knowledge and enthusiasm on the SmartBear team. The combination of Tony Tam and Ole Lensmar, creator of SoapUI, gives SmartBear a true brain trust in the space of open-source API tools.”

Tam comes on board at SmartBEar as the company’s new vice president of products. “I have been working with the SmartBear team for several years, and their support of Swagger and the overall API movement makes this an obvious next step for me,” he said.

“For the first time since Swagger began in 2011, I am dedicating 100% of my time to it and am excited to see the next stages of growth and maturity evolve for the API industry.”