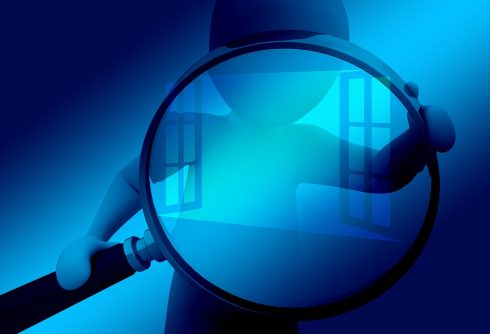 Today’s developers build complex applications designed to run in complex environments. Since the mix of proprietary, third-party and open source software is constantly changing, they need an APM solution that can adapt with their technology while providing full, end-to-end traceability.

Using traditional APM solutions, configurations must be done manually if they’re possible to do at all. With Instana, developers get complete traceability throughout the entire tech stack, automatically, instead of traceability that’s limited to what they were able to manually configure.

“Developers spend a lot of time and money configuring traditional APM solutions, but they are still unable to see everything that’s impacting application performance,” said Fabian Lange, founder and VP of Engineering at Instana. “Companies don’t want to pay for the high cost of manual configuration when a more comprehensive job can be done faster and more effectively using an automated APM solution.”

Microservices support is essential
Most APM solutions were built before the advent of microservices and serverless architectures, so their design is more rigid and limited than modern, automated APM solutions. For example, traditional APM solutions include a set of default functions that don’t work well automatically out-of-the box. Developers must modify the rules, adjust the agents and ensure the agents operate properly in the software ecosystem. Then, when the software mix changes, all the original configuration efforts are lost. Instana never needs to be configured; therefore, it never needs to be reconfigured.

“Containerized architectures require developers to adapt their development cycles. However, traditional APM solutions don’t allow them to work in an Agile fashion and they may not work in Docker,” said Lange. “Instana does not limit the scope or type of the technologies or methodologies you use.”

Instana captures every trace occurring throughout a system, so developers can find random outliers and errors that traditional APM solutions miss.

“We capture all the data, not just some of it, so if there’s a problem — anywhere — you’ll see it instantly,” said Lange. “For example, if you’re having trouble with a subset of application users in New York City, Instana could help you determine that the root cause of the problem is a particular service provider in the area.”

Since distributed microservices architectures use components and technologies that are not used by traditional enterprise systems, it’s important to understand how requests are routed and whether loads are balance correctly. Unlike traditional APM tools, Instana uses a semantic model that accommodates mature and emerging technologies and development methodologies.

“By tracing all the aspects including latency, errors and requests, you can better understand how the system works,” said Lange. “If you’re trying to do the same thing manually, you can add tracing where you know your code is executed, but if you don’t know where your code is executed — perhaps you inherited software in a merger or acquisition or it was developed by a third party — you have zero visibility into it. You need complete traceability to understand what’s actually happening while your program is running.”

Although open source APM projects are popular, they also require a lot of work. In a Hello World application, tracing can be as simple as adding a couple of lines of code. However, for highly asynchronous applications which are now common, such as those built with Scala or the Reactive Framework, tracing is extremely hard to do manually. In fact, in a recent study, Bernd Harzog, CEO of APM Experts said, “open source manual monitoring is a bad idea.”

“All our users really appreciate that Instana does the tracing automatically and correctly because they understand how really hard it is to do manually,” said Lange. “Our comprehensive views enable them to see the points at which a request starts and ends, as well as the place where the request is passed onto something else for further processing. That’s hard to get right when you’re using open source tools like Jaeger.”

All Instana traces are constantly monitored by Instana’s virtual assistant, Stan, which applies machine learning and algorithms to all the incoming data. The capability enables developers to identify and address the root cause of errors, latencies and other performance impacts faster, cheaper and more efficiently.

This content was provided by SD Times and Instana.