The answer I give (“It depends”) isn’t simply an analyst’s cop-out. Legitimate reasons drive development teams to choose one (or more) approaches to developing mobile apps. In fact, only 21% of developers say that they use only one approach. The choice isn’t a question of either/or, but rather which will achieve your objectives while supporting overall organizational needs. Key questions to consider include “Who is the intended audience?” “What goals are they trying to achieve?” and “What strategy will best engage our target customers?”

This decision is driven by two factors: the importance of the mobile user experience, and the labor and capital investment requirements. But keep in mind that native, Web-based and hybrid approaches each have unique strengths and challenges.

Native apps maximize performance and user experience
Native development is, on average, the most widely adopted approach. Forrester’s latest Business Technographics Global Developer Survey found that, overall, developers build native apps 38% of the time, hybrid apps 22% of the time, and Web apps 27% of the time. That’s not surprising: Native apps offer a great combination of performance and user experience. And when done right, they deliver a high level of customer satisfaction compared to Web applications, as well as enable superior offline processing and storage capability.

But regardless of these benefits, native apps are a challenge to maintain. Developers we’ve worked with report porting costs of 50% to 70% of the cost of the original app for every new mobile operating system the app needs to run on. Plan to support iOS, Android, BlackBerry and Windows? That’s an increase in development costs of 150% to 210%.

Web apps minimize costs and improve agility
While developers on average spend more time building native apps, at least 74% spend time building with a Web-based approach. But with native’s advantages in performance and user satisfaction, why would anyone want to use Web technologies?

Unless an unlimited development budget is available, taking a native-only approach exceeds the reach of many development teams. A good rule of thumb is to estimate 20% to 25% in additional porting costs when using Web technologies, significantly less than the cost of an all-native approach.

It’s also important to note that with native, teams should be prepared to pay top dollar to hire talent or expect to ramp up existing developers as they learn new languages. With a Web approach, teams can repurpose Web developers. Web apps also fit the bill in situations where information or functionality changes fast, whereas native, hybrid or middleware-based apps need to be approved by Amazon, Apple, Google, Microsoft or BlackBerry before they can enter app stores.

Hybrid apps fill the gaps
Hybrid apps sit at the union of native and Web apps, so they inherit both the benefits and drawbacks of each. Overall, we find the hybrid approach attractive because developers can use the combined capabilities of web and native code, along with design techniques to reduce the gap between excellent user experiences and high development costs.

The biggest downside to a hybrid app is that it still must go through app store approval processes for any major updates. (Small content updates can be changed on the server without an approval cycle.) This slightly impedes the agility gained from a Web application, but it’s a minor price to pay for access to native performance capabilities.

Match mobile benefits to customers’ mobile moments
As organizations continue to partake in this development debate, it’s important to recognize that the decision is not black and white. Native, Web-based and hybrid approaches are all capable of being your best strategy, with the importance of user experience and investments available ultimately determining the appropriate solution.

Native apps were everywhere in the early server days, but Web apps took over in the PC era, largely because they were easier to install, maintain and secure. My colleagues and I think that history will slowly repeat itself in the mobile space, especially given that more than 50% of our 150 daily mobile moments are glanceable: a quick check of who messaged, who called, or what transaction was just completed. The transition will happen over the next five years, but could accelerate if developers feel compelled to write apps for more than just iOS and Android platforms. Will you be one of them? 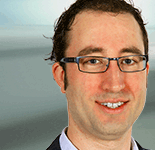 View all posts by Michael Facemire