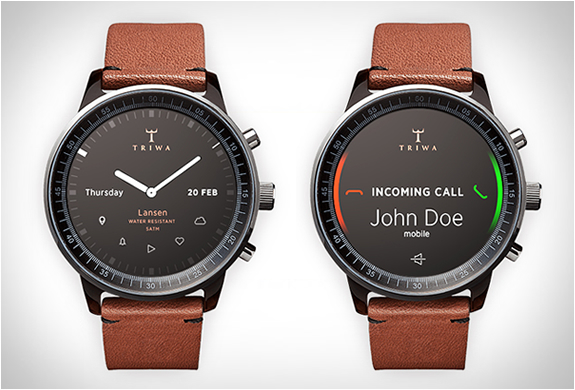 While Apple was announcing the final set of features for its watch on Monday morning, Wearables TechCon was taking place just 50 miles away. Wearables TechCon attendees were abuzz about the new watch, but not just because they wanted to purchase one: They were excited to see one of the world’s largest company validating the market opportunities for wearable devices.

John Feland, founder and CEO of Argus Insights, gave a keynote address on Tuesday that explored consumers’ thoughts on wearable devices. Argus Insights runs a proprietary algorithm across text data gathered from social networks to assess sentiments for brands. He said that Argus Insights has used this technology to help Best Buy determine why items were returned by consumers.

The most common reason, and one very important to wearable developers, is that the user experience was too confusing. Feland said that, historically, the most commonly returned items at Best Buy have been wireless routers, primarily because of the difficulties associated with setting up such a device.

The first 15 minutes of a consumer’s time with a new device, said Feland, are critical. He showed statistics he had gathered that showed Fitbit’s software on-boarding experience was too confusing for people, resulting in unsatisfied customers. The company quickly changed the tenor of its first 15 minutes of use, and as a result, users became more pleased and less likely to return it in frustration.

Sometimes, however, the reason for returns is something that would seem more innocuous to an engineer or product manager. Feland cited the high return rate for Samsung Galaxy Tabs shortly after Best Buy began selling them in its stores.

“People returned Tabs at double-digit rates,” he said. “When people got their Galaxy Tab home, they got excited. They get it out, they think about all the ads they saw, about how you could bring over your family movies, show people pictures and such. They get it out of the box, and go to sync it with their desktop, and there’s no cable. In order to cut the costs, Samsung had not shipped a USB cable with the box, so the first 15 minutes was packing it back up and taking back to Best Buy.”

Feland highlighted a number of other pitfalls for wearables developers, including those that come from consumer tendencies. He advocated that developers mold their devices around consumer expectations, rather than building something that might require a change in behavior from the user. “Disruption is bad for the consumer,” he said.

One of the things he said users are unhappy with about wearables is that smartwatches can’t handle the shower. While these devices may be waterproof, their touch-screens can be activated by drops of water, and thus someone showering with a smartwatch might accidentally call someone up.

Feland also pointed out that he was unable to read much on his smartwatch without wearing reading glasses, a common complaint among consumers. He went on to show that round watch faces are more attractive to consumers, a major challenge for developers as round LCDs are at a premium right now.

“Clocks are round,” said Feland. “Square is easier from a display perspective. Round is tough to build. There’s a classiness, or quality around that. Is a Rolex square? The number of square watch faces is very small. Round looks like a watch to us. Square looks like a band. Round is more fashionable.”

Feland wrapped up by showing sentiment data around various wearable devices. He said that when Apple announced its watch in September, the hype around it was greater than that associated with all other wearables combined. However, when Apple made its second watch announcement this past Monday, Feland said that the buzz generated online was far smaller, and other devices such as the Pebble were seeing roughly half as intense as Apple’s. He predicted that the Apple Watch would not sell as well as expected.

Helping hands
Keeping in mind that major shower limitation for wearable devices, UICO was on hand to demonstrate duraTouch. The company initially developed this technology for use in industrial environments, allowing gloved, wet and muddy fingers to continue to function as pointing devices for screens. duraTouch components are thin, durable and able to function properly in the shower.

MediaTek Labs showed off its Linkit ONE development boards. These devices include the ultra-compact MT2502 System-on-Chip, as well as the radios and modems developers need to replicate the functionality of a smartphone. Developers prototyping on the Linkit ONE can also engage with MediaTek Labs as a partner to walk them through the sourcing of parts and manufacturing of the end devices overseas.

Developing wearable devices is one thing, but testing them is quite another. Applause, formerly known as uTest, offered its crowd-sourced testing services to attendees who may not want to run their own marathons in order to test their devices.

Both Epson and Sony Mobile Communications demonstrated wearable augmented reality devices. Epson’s Moverio glasses have been on the market for more than two years now, and they continue to be one of the only real options for developers looking to build augmented reality applications for enterprise environments. Sony also showed its own augmented reality glasses, along with its watches and wearable devices.

One company at the show that didn’t have any physical devices was UL. This independent, formerly non-profit safety testing and certification company is hoping to bring wearables makers into its fold of approved, safe device makers. Anura S. Fernando, principal engineer for medical software and systems interoperability at UL explained that his company can help speed up time to market by being the voice of compliance and safety during the development process.

IBM demonstrated Bluemix, its digital innovation platform for the Internet of Things. Bluemix is a bit like middleware for devices, allowing them to be strung together, linked to servers, and generally treated as the moving parts of a larger system by its platform capabilities.

Frontline Test Equipment demonstrated its software-defined radio-based Bluetooth protocol analyzer. This device can be set to capture all the traffic on the Bluetooth spectrum, and can present that information in a debuggable fashion. Frontline also offers NFC and other wireless-spectrum-analysis equipment for testers.

DfR Solutions demonstrated Sherlock, a tool designed to analyze the potential problem spots on a circuit board. Developers and designers can upload a 3D model of their device, allowing Sherlock to simulate the effects of heat, moisture and time on the product without having to have an actual circuit board to test.

FATHOM showed off its 3D printing services. The company offers printing with minute levels of accuracy, and can print in multiple viscosities of plastics, allowing developers to outsource their case prototyping to experts.

InfoStretch was on hand to offer its enterprise testing and QA services, while Medical Wearable Solutions demonstrated its health-related devices. And to help developers stay clear of intellectual property issues, the law firm of Pillsbury Winthrop Shaw Pittman was on hand to discuss the implications of patents on wearables developers.

Sensoplex was at Wearables TechCon to offer its for-hire device development services. The company claimed it can bring ideas to market in only nine months. Meanwhile, Freescale demonstrated its development boards, offering developers a fast path to final products through already-integrated components.

Intel showed off its own development board, Edison, in a keynote talk by the company’s vice president of its Devices Group, Steven Holmes. He is the designer behind Apple’s G4 Cube, the Palm Pre, and the Nike+ line of wearable wristbands, shoes and sensors. Holmes said that finding targets for wearable applications is like figuring out what super power you’d like to have; a wearable device can give the user the power to be on time, to see in the dark, to hear better, or any number of other possibilities.