Apple opens up its TestFlight Beta Testing
Apple is giving developers the ability to invite up to 1,000 beta testers to try out their iOS 8 apps before releasing them to the App Store. The company has released its TestFlight Beta testing service to the public.

“You can now invite up to 1,000 testers to beta test your iOS apps by simply sending them an email invitation through iTunes Connect. Once they accept your invitation, testers can install your beta app on their iOS devices, get updated builds, and provide feedback, all within the TestFlight app. Learn more about TestFlight,” the company announced on its website.

“In creating the new SSD, we seek to help users of technology understand for themselves the threats they face and use technology to fight back against them. These resources are intended to inspire better-informed conversations and decision-making about digital security in privacy, resulting in a stronger uptake of best practices, and the spread of vital awareness among our many constituents,” Jillian York, director for international freedom of expression at EFF, wrote on the organization’s blog.

Microsoft’s Q1 earnings report
Microsoft has announced a $23.20 billion revenue for its first fiscal quarter 2015 earnings, which ended on Sept. 30. In addition, the financial results include a $0.11 per share negative impact that related to Microsoft’s restructuring plan and the integration of Nokia Devices and Services, according to the company.

“We are innovating faster, engaging more deeply across the industry, and putting our customers at the center of everything we do, all of which positions Microsoft for future growth,” said Satya Nadella, chief executive officer of Microsoft. “Our teams are delivering on our core focus of reinventing productivity and creating platforms that empower every individual and organization.”

A summary of the earnings release can be found here. 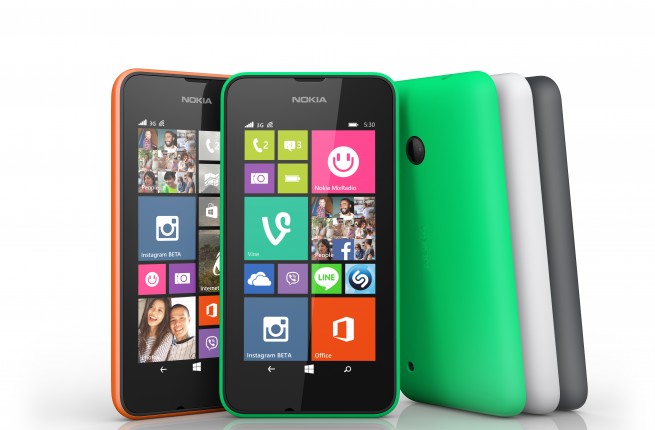 Microsoft Lumia
Microsoft has officially announced plans to phase out the Nokia Lumia brand and transition into Microsoft Lumia. Microsoft purchased the Finnish company this past April.

“The Lumia promise of great phone experiences will remain the same as our customers have come to know and love. What’s more, Lumia phones will also showcase the best of Microsoft’s services such as Office, OneDrive, Skype and Bing to help customers with their work and personal lives,” said Tuula Rytilä, senior vice president of marketing for phones at Microsoft, according to Nokia Conversations.

Microsoft will continue to sell Nokia-branded phones such as the Nokia 130 and plans to release its first Microsoft Lumia device soon.