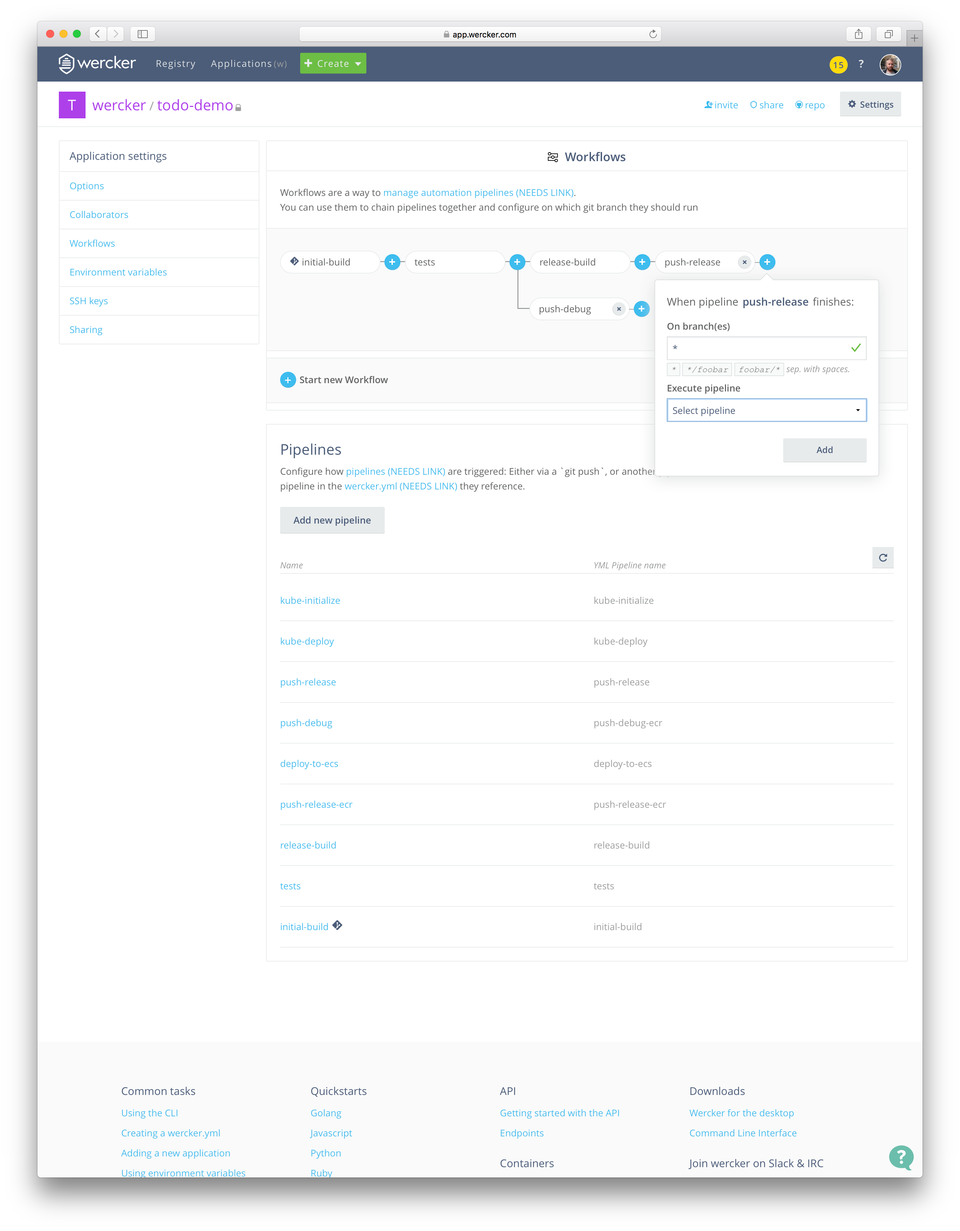 To give developers the tools they need to build complex applications, Wercker, a container-centric developer automation platform, announced the general availability of Wercker Workflows so developers can manage their custom Docker container pipelines for distributed applications and microservices.

Users will be able to manage the build and other phases of the development workflow with this new solution, which works with Amazon Web Services, CoreOS, DC/OS, Deis and Kubernetes.

With Wercker Workflows, users can define a hook, which could be a Git source or another pipeline. This could trigger other pipelines, allowing users to chain pipelines sequentially or in parallel, according to the company.

Other features that allow users to manage their applications or microservices include the ability to create custom pipelines with steps from the Wercker registry, or to create their own. Users can also adapt their development pipelines to the three-step paradigm by adopting schedulers like DC/OS Marathon and Kubernetes, according to the company.

“We know developers need to break out of the two-step paradigm to go beyond build and deploys, and we’re excited to partner with companies and open source projects like CoreOS, Deis, Kubernetes and Mesosphere to make it happen,” said Micha Hernández van Leuffen, founder and CEO of Wercker.