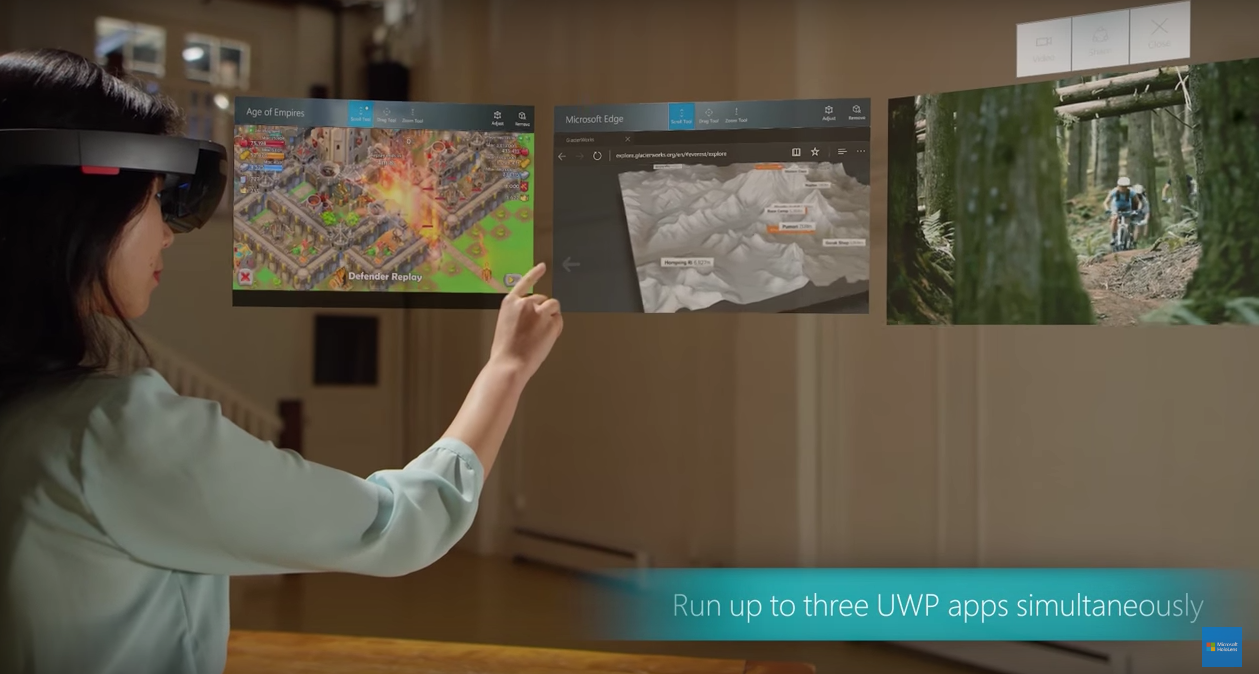 Developers have been busy adding to Microsoft HoloLens with new apps and other virtual reality experiences. This week, more developers will get to join in because Microsoft announced that it has begun to ship devices to developers from its second wave of applicants.

Some highlights from the new devices include a multi-tasking update, which allows developers to run multiple applications at the same time. New commands have been added, and the input now allows a developer to connect a regular Bluetooth mouse to the HoloLens device. In addition, the clicker has been fixed to enable resizing and moving holograms.

Also, Edge now supports many feature requests—like tabs—and the photos app has been updated to support pinning pictures without any borders or chrome, which will allow different hologram walls to stand apart from one another.

The documentation has all of the updates added to the new devices, which developers can check out today.

The website introduces Data Camp Trainings, which are resources on collaborative coding, data mining, version control, and more. It was used at Science Hack Day 2016 and Space Apps Brooklyn.

Also available on the website is Content Mine, which is a set of tools for extracting information from papers, and it’s part of a suite of projects in Mozilla’s Global Sprint 2016.

Other resources on the website include learning materials, handbooks, how-to guides, collaborating tools, and other ways to community build with coding and open data.

IBM to acquire EZSource
In order to help developers understand and change mainframe code based on data displayed on their dashboards or other visualizations, IBM will acquire EZ Legacy, the maker of EZSource.

IBM’s DevOps offerings like IBM Application Delivery foundation for z Systems and IBM Rational Team Concert will pair with EZSource’s application-discovery technology. Combined, developers will be able to evolve their legacy assets and stay up to speed with business developments.

The planned acquisition is expected to close in the second quarter of 2016, subject to completion of governmental review and customary closing conditions, according to the company announcement.

HyperDev combines automated deployment, instant hosting, and collaborative editing to help developers code quickly. According to a company blog post, Fog Creek developer Gareth Wilson wrote that complexity is slowing down developers and holding them back from creating apps. The goal of HyperDev is to remove as many barriers to building apps as possible, which will allow the creation of web apps by “just writing code.”

Before announcing the product, HyperDev had been in closed beta for a few months with a few thousand developers. Now, open to the public, developers can get started by checking out other developers’ projects, editing them to meet their own needs, according to the blog.

Entity Developer is available in free or commercial editions.