CMU wants to make computers learn and think like humans 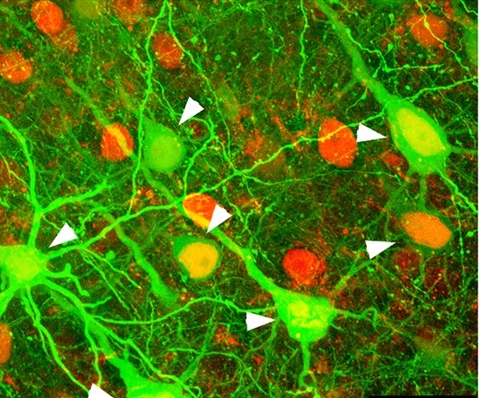 Researchers at Carnegie Mellon University are on a mission to advance the science of machine learning algorithms and computer vision. As such, they have announced a five-year, US$12 million research effort to reverse-engineer the brain. The goal of the project is to unlock the secrets of neural circuitry and brain-learning methods in order to get computers to learn more like humans.

To understand how the brain processes information, the researchers will look at improving the performance of neural networks. Neural networks are currently used in a variety of applications such as facial, speech and handwriting recognition, self-driving cars, and detecting financial fraud.

“But today’s neural nets use algorithms that were essentially developed in the early 1980s,” said Tai Sing Lee, research project lead and professor at the university’s computer science department and the Center for the Neural Basis of Cognition (CNBC). “Powerful as they are, they still aren’t nearly as efficient or powerful as those used by the human brain. For instance, to learn to recognize an object, a computer might need to be shown thousands of labeled examples and taught in a supervised manner, while a person would require only a handful and might not need supervision.”

Being able to solve what neurons in the brains are doing computationally could help advance the design of neural nets. Joining Lee as a co-principal investigator is Sandra Kuhlman, assistant professor of biological sciences at CMU and the CNBC, who said the CNBC will use a “two-photon calcium imaging microscopy” technique that will record signals from tens of thousands of neurons from mice processing visual information.

“By incorporating molecular sensors to monitor neural activity in combination with sophisticated optical methods, it is now possible to simultaneously track the neural dynamics of most, if not all, of the neurons within a brain region,” Kuhlman said. “As a result, we will produce a massive dataset that will give us a detailed picture of how neurons in one region of the visual cortex behave.”

CMU researchers will also work with other universities to improve and understand the brain’s computational abilities, and to study data to provide advanced computer algorithms for learning and pattern recognition. For instance, a team at the Wyss Institute for Biologically Inspired Engineering at Harvard is working on developing techniques to reconstruct the complete circuitry of the neurons recorded at CMU.

“The hope is that this knowledge will lead to the development of a new generation of machine-learning algorithms that will allow AI machines to learn without supervision and from a few examples, which are hallmarks of human intelligence,” Lee said.

The research efforts are being funded by the Intelligence Advanced Research Projects Activity through its Machine Intelligence from Cortical Networks (MICrONS) research program. “MICrONS is similar in design and scope to the Human Genome Project, which first sequenced and mapped all human genes,” Lee said. “Its impact will likely be long-lasting, and promises to be a game-changer in neuroscience and artificial intelligence.”