State of JavaScript: The programming language is anything but boring 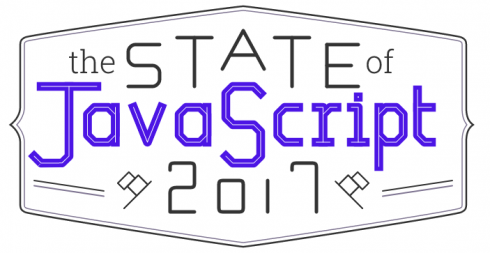 “A few years back, a JavaScript survey would’ve been a simple matter. Question 1: are you using jQuery? Question 2: any comments? Boom, done!,” the developers wrote. “But as we all know, things have changed. The JavaScript ecosystem is richer than ever, and even the most experienced developer can start to hesitate when considering the multitude of options available at every stage.”

The survey looked at answers from more than 28,000 developers and covered topics ranging from front-end libraries, build tools, mobile and testing.

On the front end, React remains the dominant framework. However, the survey found interest in Vue is steadily increasing, while Angular is losing steam. Developers are at a 3.8 when it comes to their overall happiness with front-end tools.

On the back end, Express is by far the most popular contender with Koa, Meteor and Hapi slowly making their way behind Express.

For testing, Jest and Enzyme stand out with high satisfaction ratings. Other popular testing tools include Mocha, Jasmine, Tape and Ava. “Like the rest of JavaScript world, the testing landscape is a highly competitive one, with rapid release cycles, feature and performance comparisons, and constant one-upmanship between the frameworks,” the developers wrote.

Finally, native apps remain the most reliable solution when it comes to mobile, with almost half of the respondents stating they are satisfied with no library. PhoneGap/Cordova has a high usage score, but comes with a low satisfaction rating. The developers expect React Native will disrupt the current state of things soon.

Other results from the survey found Redux is the most popular state management tool, followed by an interest in GraphQL, Relay Modern and Apollo; developers prefer SASS/SCSS and plain CSS over CSS-in-JS approaches; and NPM and Webpack are the “king” of build tools.

Still to come are survey results on popular features and opinions about the general state of the language. According to the researchers, there was too much data they have not been able to sort through yet, but will release the results in the upcoming weeks. “In any case, just like last year our overall conclusion remains the same: JavaScript keeps improving and evolving at an ever-increasing pace. This is a bit scary, but it’s also exciting: after all, you know that learning JavaScript is never going to get boring!” the developers wrote.