Zeichick’s Take: When, not if, your cloud goes down 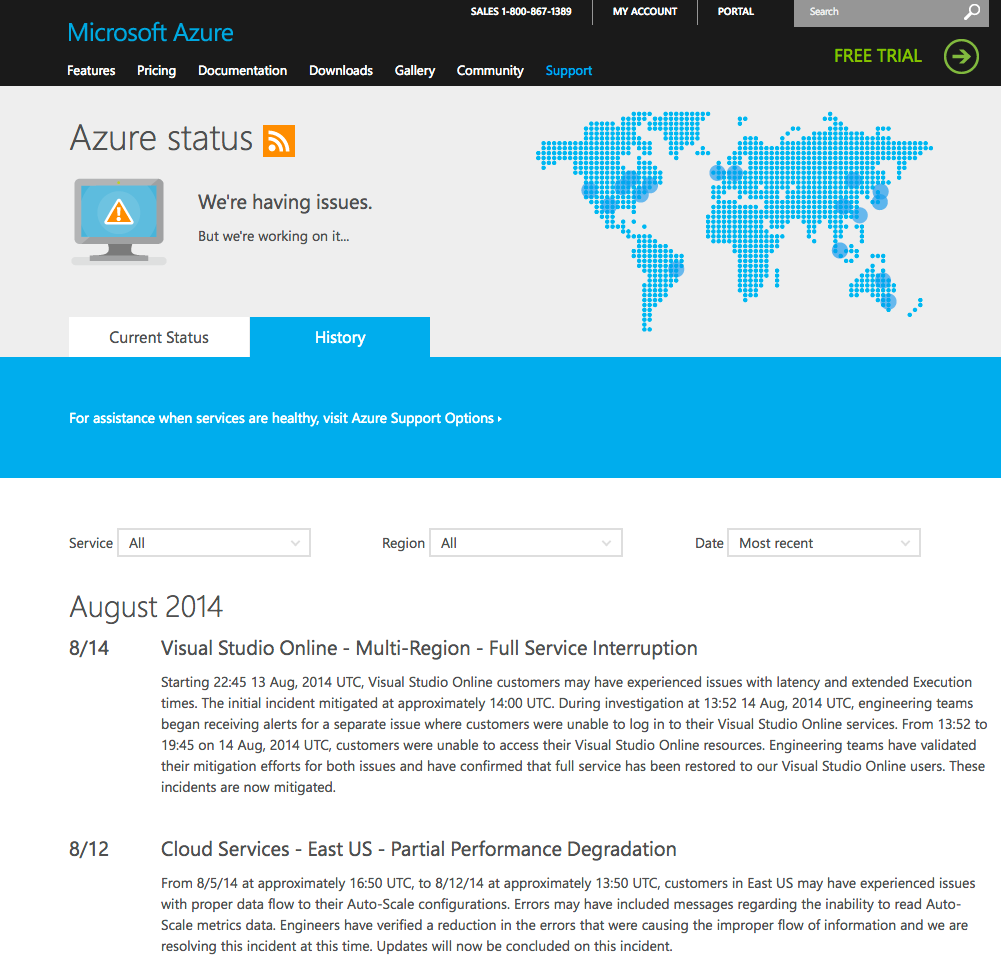 Except when it doesn’t work.

I don’t know if you were affected by Microsoft’s Azure service outage on Thursday, August 14. As of my deadline, services had been offline for nearly six hours. On its status page, Microsoft was reporting:

My goal here isn’t to throw Microsoft under the bus. Azure has been quite stable, and other cloud providers, including Amazon, Apple and Google, have seen similar problems. Actually, Amazon in particular has seen a lot of uptime and stability problems with AWS over the past couple of years, though its dashboard on Thursday afternoon shows full service availability.

Let’s think about the broader issue. What’s your contingency plan if your cloud-based services go down, whether it’s one of those players, or a service like GitHub, Salesforce.com, SourceForge, or you-name-it? Do you have backups, in case code or artifacts are lost or corrupted? (Do you have any way to know if data is lost or corrupted?)

This is a worry.

In the case of Aug. 14 outage, the system wasn’t down for long—but long enough to kill a day’s productivity for many workers. Microsoft’s Visual Studio Online blog has a little bit of insight into the problem, but not much. Posted at 16:56 UTC, Microsoft said:

The actual root cause is still under investigation, but initial investigation is indicating a contention in our core database seems to be causing blocking and performance issues in the services. Our DevOps teams have identified a couple of mitigation steps and currently going thru validations. We will provide an update as soon as we have a mitigation in place. We apologize for the inconvenience and appreciate your patience while working on resolving this issue

Not a good day to be using cloud-based development tools. This time you can blame Microsoft for any loss of productivity. Next time the service goes down, if you haven’t made contingency plans, the blame is yours.

Were you affected by Azure’s recent outage? Write me at alan@camdenassociates.com.