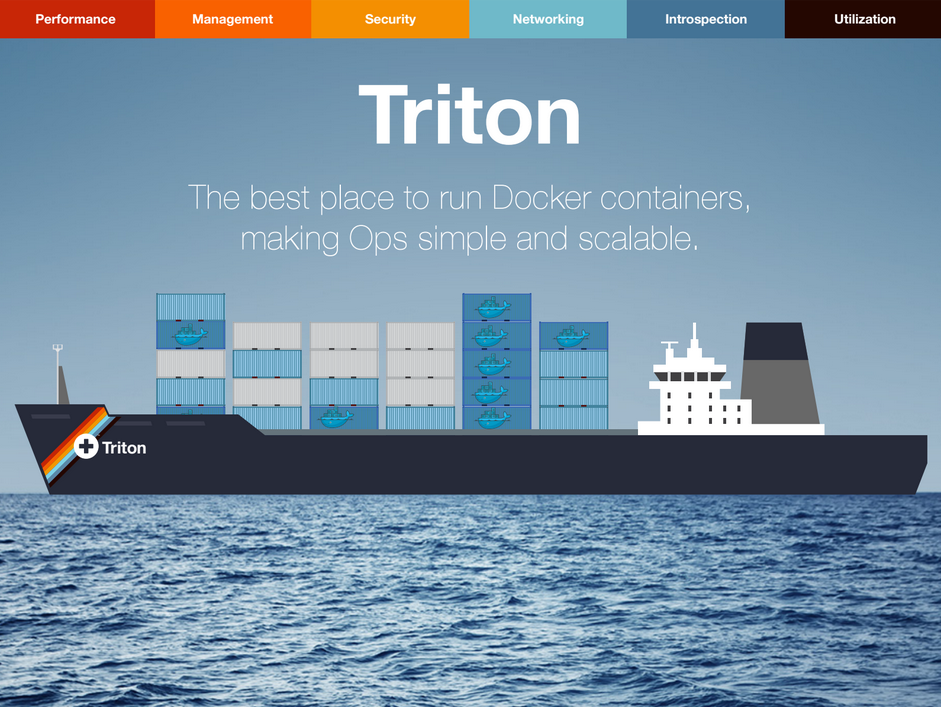 Consisting of a cloud-based service along with Triton Enterprise for on-premises deployment, Triton virtualizes the data center as a single, elastic Docker host, removing orchestration layers for more streamlined scaling and deployment of Docker applications. Joyent looked to address community concerns about some of the shortcomings in the popular emerging container technology, implementing its existing SmartOS container runtime for multi-tenant Docker security with native Linux binaries.

“Other technologies are generally running OS-virtualized Docker containers inside a hardware virtual machine, whether it’s Amazon, Google, VMware or what have you,” said Bryan Cantrill, CTO of Joyent. “We know containers have been production-ready, but with Triton, we’re stringing this full stack together end to end to allow you to take Docker containers and deploy them directly on the metal in the data center.”

Docker has traditionally been deployed atop infrastructure VMs, leading to additional VM provisioning and management on the part of the developer. With Triton, Cantrill detailed how Joyent aims to change the paradigm by spinning up containers on a data center basis to virtualize the Docker host across the data center.

“Instead of spinning up a machine and putting a Docker container in that virtual machine, you spin up a Docker container,” he said. “From a developer experience, you boot Docker on your laptop and point your environment variables at this virtual Docker host implemented by the Triton stack, and boom: You have an entire data center upon which to allocate your containers.”

Triton also extends Docker deployments to software-defined networking with a container-native stack. Cantrill explained that in Triton, every container has its own VXLAN (virtual network interface card) enabling an overlay network that gives developers and networking professionals the ability to programmatically define multiple networks and which groups of containers run on each network.

“You’ve got truly elastic, software-defined programmatic infrastructure across all axes—storage, networking and compute,” said Cantrill. “Because the SDN space is vendor-driven, people have tried to solve the problem with a box: their box. A big component of the cloud is allowing us to use smarter software to buy dumber hardware. What we want to allow people to do is buy networking gear based on performance and manageability—but not higher functionality—and allow the infrastructure to define what those pure software-defined networks look like.”

Triton is now available for on-premises or virtualized Docker host deployments, as well as through the Joyent Public Cloud. Along with its SmartDataCenter technology underlying the stack, Cantrill revealed that Triton’s infrastructure will also be open-sourced on GitHub.