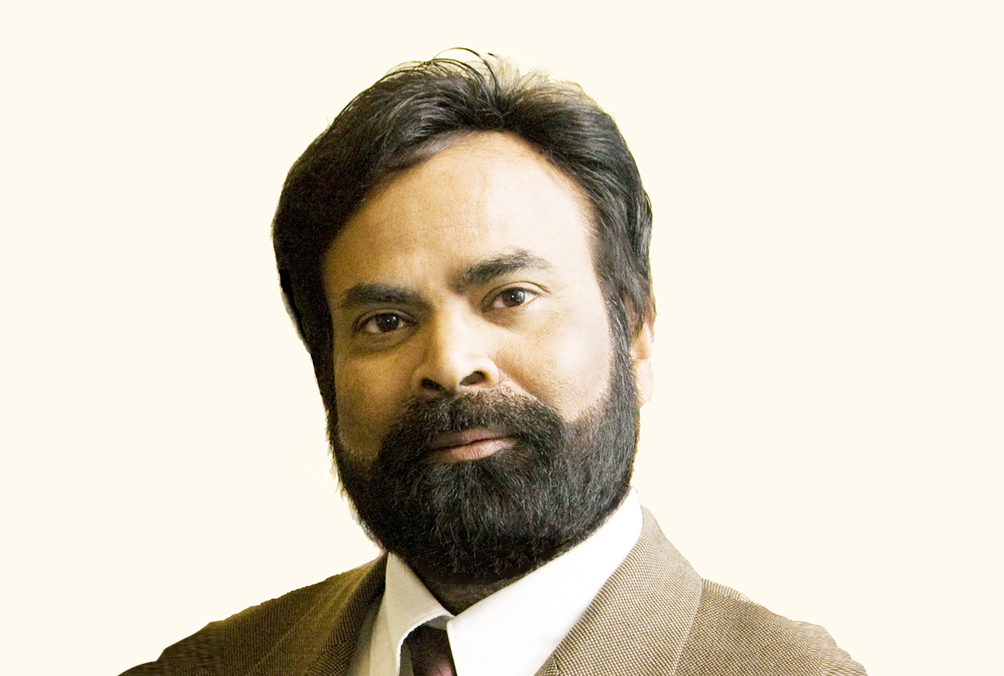 When you turned in your senior project in college, was any of it actually used in the real world? At the University of California, Berkeley’s Garwood Center for Corporate Innovation, students are building not only their own futures, but that of Fortune 100 companies and of the people of India.

Solomon Darwin, director of the Center, works with those Fortune 100 companies to seed his students with real-world enterprise problems. Recruiting kids from UC Berkeley’s engineering, computer science and business schools, he forms teams of students that work to solve the problems of modern day business.

“These are legacy companies,” he said. “After they’ve become elephants, then dinosaurs, their business models don’t work anymore. They die unless they look for new business models and new ways of accelerating growth. Otherwise they’ll die like Polaroid, Kodak or Blockbuster. When you don’t adapt to the changing technology, you die.

“The good thing about large companies is they have a lot of money; they can make the investments. But they’re not very comfortable with taking risks, while a young startup has nothing to lose, and they can try all kinds of things. That’s what my Center does.”

Often, Darwin’s students work to find new ways for businesses to monetize their services and products. This is particularly true when Darwin is working with students on projects for India.

“I took students to India,” he said. “We learned how IBM, GE, Xerox and SAP are able to make money in India. These are companies whose margins are big, but how do you make money when the margins are somewhat abysmal?”

Between the two classes Darwin teaches, both are about India at present. The first is focused on business models for existing companies and products, and on the potential of smart cities in India.

The second class involves students designing business models for IBM Watson. “IBM gave me a grant to develop this course,” said Darwin. “My students worked on this wonderful project with the largest hospital group in Asia: Apollo Medical Group. Our students came up with a business model for how they can make money using Watson, how IBM can make money with Watson, and how it is free to the poor man in India.

“If you are a poor man in India…you have access to a smartphone, even if there’s only one phone in the village where he lives. Using that smartphone, you can talk to Watson in your natural language, and Watson will respond back to you in seconds after searching 200 million records per second. In Watson’s brain are all the medical books and history and technical journals and medical journals. It is searching all the knowledge available, which no doctor has. Most doctors are five or six years behind in medical knowledge because they can’t keep up with the journals that are published, but Watson can store it all.”

Similarly, Darwin said that his students are working to build futuristic smart cities in India, part of a 100 smart city project undertaken by the country’s government.

“When we look at the Indian cities, we’re looking at it in a different way,” said Darwin. “We’re not saying ‘Make it smart, just put in all this technology Cisco is selling.’ We’re saying, ‘There’s a better way to do it.’ Each group will develop an app for the smart city that will make that city better. By the time they’re done in the class, they will go to India with me and meet with the chief minister of the state we adopted. We will make a presentation to them. In this process, we don’t isolate the companies like Cisco and Tyco—we actually work with them.”

Despite the fact that Darwin pulls students from multiple schools at UC Berkeley, as well as from masters programs, he doesn’t typically pull in MBAs. That is because the usual MBA student has 10 to 15 years of experience already, and is thus encumbered with baggage, he said. That’s exactly what he doesn’t want from his students; he’d rather they were wide-eyed, optimistic young kids with ridiculous ideas rather than a bitter veteran convinced they know what will and will not work.

For his students, these classes serve as a great introduction to what business in the real world is like. And their work is not restricted to India, either.

“My students worked with the mayors in the Bay Area: San Francisco, Oakland, San Jose and Berkeley,” said Darwin. “The group that worked with San Francisco said there’s a huge value proposition to overcome some of the problems of the financial and real estate markets. One suggestion was eliminating all the parking lots and reducing traffic problems just by using driverless cars. They will pick people up, including babies at the babysitter.”

Of course, being a wide-eyed optimist doesn’t always prepare one for the rejection of the real world’s cynical establishments. “When we proposed that, judges were laughing because for that generation of judges, it’s impossible to see. But for students, it’s so easy. In a way, they were graded down for their proposal, but that was the most disruptive proposal we demonstrated, and it’s doable.”

Rejections aside, Darwin said his students are always excited to present their research to their real-world clients. “The reason they put out a great product is because they are speaking to the mayor, and not some clerk or some professor for whom it’s not as relevant,” he said. “They are talking to the decision makers, and they’re ready for the challenge. The way I design my class is, before I put them in front of the mayor, I put them in front of other junior-level city officials to tear them apart, so when they come back, the final presentation has withstood all this criticism and brutal tearing apart of the model, so they are prepared.”

Darwin has a whole new crop of students this fall, and they’ll be working on preparing more smart city proposals. We’ll check back in the future.