The 13 weirdest wearables you can strap to your body

New wearable devices flood the market every day, and not all are created equal. While a certain level of weirdness is to be expected when dealing with a smart device strapped, worn or stuck onto your body, some wearables are a bit more bizarre than the rest. We pulled together 13 of the weirdest, wackiest wearables out there today for you to marvel at, laugh at or even buy, if one takes your fancy. A decade from now we may look back at some of the wearables on this list and call them forward thinking and innovative…but for the moment they’re just weird. 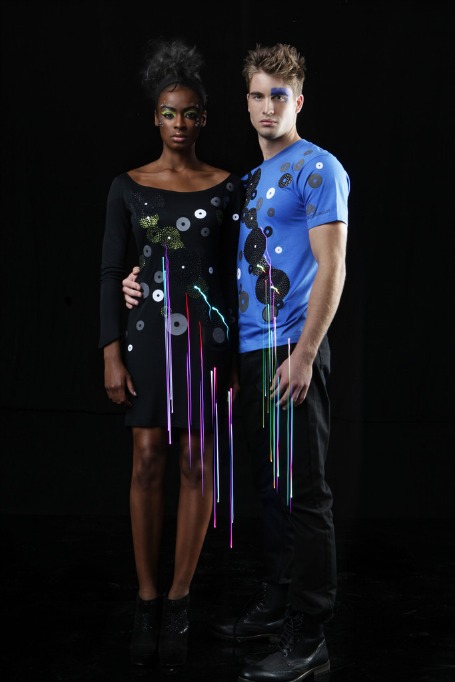 Wearable technology as a fashion statement? We think not. Google Glass, despite its valiant attempts at fashion-friendliness, isn’t. Smartwatches aren’t as ugly, but a chic fashion trend they are not. For wearables with a bit more style, a London-based fashion company has created CuteCircuit, a light-up wearable technology fashion line. Whatever happened to the little black dress? With CuteCircuit, wearers need not be afraid of getting caught out in the dark, now you’re your very own personal night-light, and if you have a party you’re already wearing the disco ball! 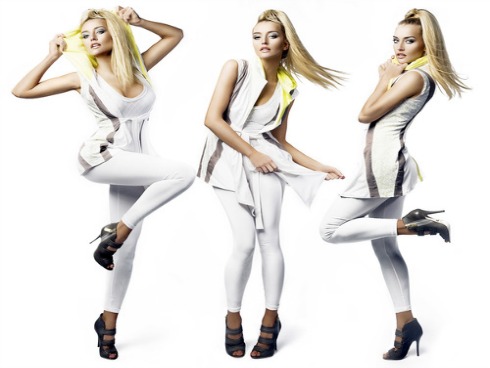 Ping social networking clothing takes being “connected” to an entirely new, creepy level. When linked to social media accounts the garment lets you interact with gestures, such as picking up the hood, swinging your arms or moving the zipper to “ping” back friends who send a comment or like a status, customizing the responses via smartphone app. A friend commented on your new profile photo? Flail your arms and fiddle with your clothes to send a response. People on the street won’t think you need to be institutionalized… yet. 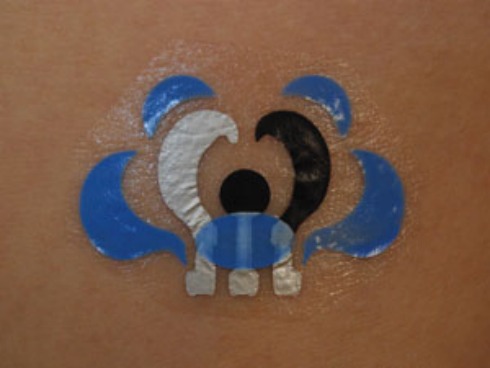 Fitness sensors and exercise watches take up a large chunk of the wearables market, but none quite as unique as Electrozyme temporary tattoos. The temporary tattoos, or more accurately “printed electrochemical sensor platform,” use biosensors to chemically analyze a user’s sweat to track hydration, electrolytes, muscle fatigue and more, all while making a fashion statement. The tattoos can be printed to look like pretty much anything, and after exercising you can just wash it off…it has already sent the data to your phone. 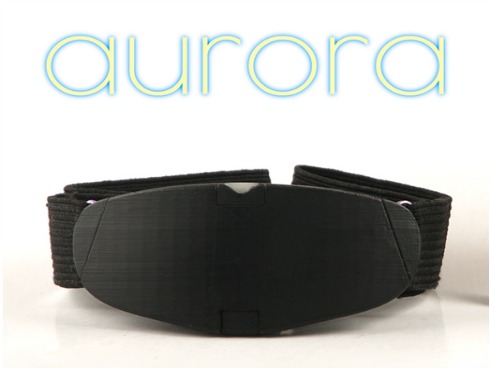 Do you have trouble falling into deep sleep? Can you remember your dreams? The iWinks Aurora Headband, a cross between a sleep mask, an ambient light, a sound mixer and a Bluetooth-connected alarm, will induce REM sleep for you using dream lights and sounds. Once asleep, it uses EEG brainwave sensors and accelerometers to track your sleep cycle and movement, storing your sleep data like a dream journal. Ideally this contraption leads to lucid dreaming, where the sleeping individual is in control of their dream…if that’s what you’re into. Vanilla Sky, anyone?

For the walking travelers who can’t stand looking down at their phone, Indian startup Ducere Technologies has developed Lechal smart shoes. The Bluetooth-connected footwear integrates with Google Maps, and buzzes in either the left or right shoe to indicate which direction you should walk. So if you’re into a sporty moccasin that vibrates every few blocks as you wander through an unfamiliar place, Lechal smart shoes may be right for you. 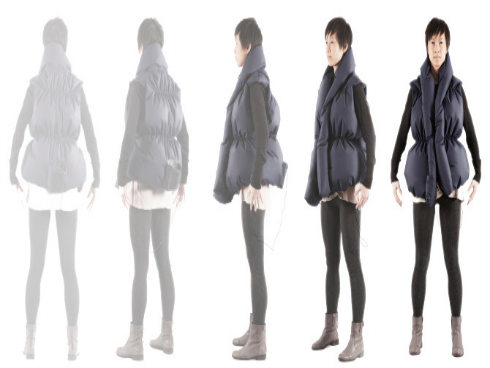 There are times you’re feeling so down that you just need a hug. Thanks to the Like-A-Hug smart vest, you don’t even need a real live human to wrap their arms around you.  Like-A-Hug is a wearable social media vest that inflates when friends “like” something on your Facebook wall, allowing the wearer to feel the warmth, encouragement, support, or love we feel when wrapped in a really good hug. Hugs can also be sent back to the original sender by squeezing the vest and deflating it, according to the website. So there you have it! Why get a hug for free from a real person when you can buy a vest and get Like-A-Hug, allowing your friends to remotely put artificial pressure on your body. Up next… remote kissing! 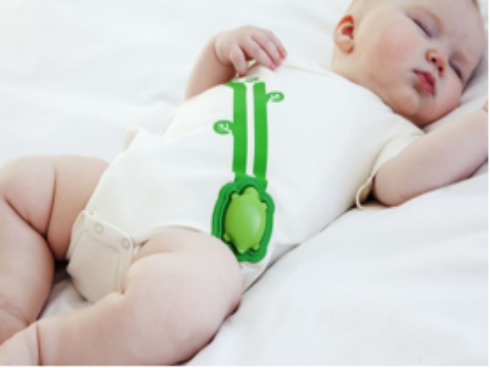 Analog baby monitors are so 2004. Trotted out by Intel at this year’s Consumer Electronics Show the Mimo Baby Monitor is a smart onesie that monitors an infant’s respiration, skin temperature, body position and activity level, sending the data right to a parent’s smartphone app. Mimo also tracks sleeping and feeding schedules and picks up audio, all from a Wi-Fi connected turtle that pops out when the onesie needs a wash. 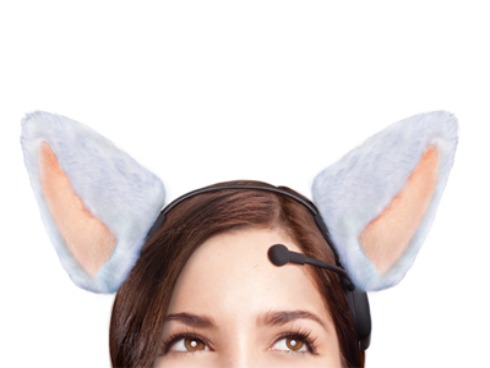 We recently published an article on what programmers would look like as cats, and now we’ve discovered it’s actually possible. Strap on a pair of Necomimi’s brainwave cat ears and when you are focused, the ears perk up; when you’re in the zone (Your guess about how they differentiate between focused and “in the zone” is as good as ours) they wiggle up and down. When you’re relaxed, the ears droop down. The ears come in all different colors and patterns to channel your unique inner cattiness. Just be careful walking around with your cat ears on, you wouldn’t want to be mistaken for a feral cat! Meeeow! 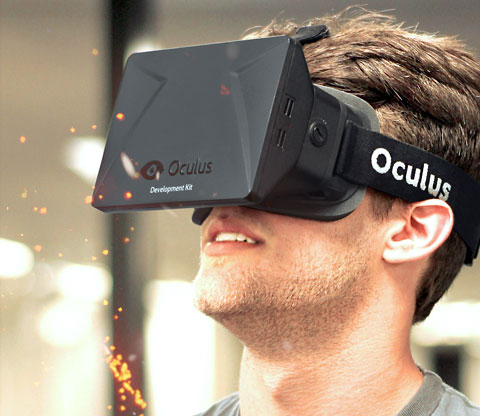 Although the Oculus Rift is a well-known virtual reality headset generating a lot of excitement, you can’t tell us it doesn’t fall under the weirdest wearables list. Think about it, you have these big chunky goggles strapped to your face that essentially transports your senses to another world. The 360-degree immersion of walking on the moon, exploring a fantasy realm or racing around a course is undeniably awesome from the inside, but in the outside world you’re wearing weird, eyesore goggles, walking around waving your arms around like a madman. 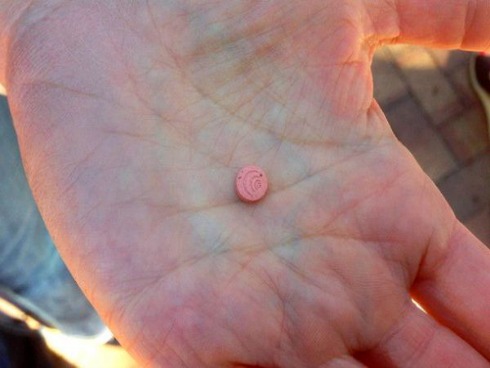 Forget about trying to remember all your passwords, now you can become your password. Motorola has created a secretly coded swallowable password pill that turns a human into an authentication token. The one-a-day pill has a small chip inside. The acid in your stomach creates an 18-bit ECG-like signal in your body that automatically unlocks your smartphone and other gadgets. It has FDA approval, but isn’t on the market just yet, but when it is all you’ll have to do is to remember to take your vitamins. 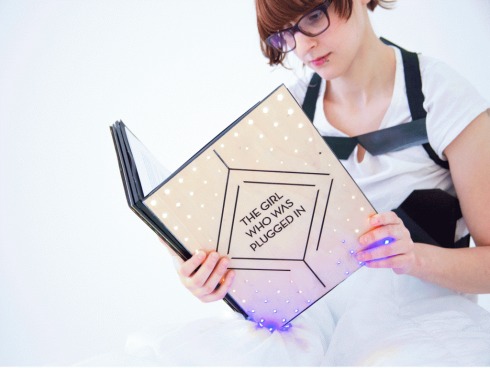 Apparently imagination isn’t enough when reading a book anymore; now you need an intense sensory overload. Sensory Fiction is a wearable book that animates to reflect a book’s atmosphere. Readers have to wear a vest-like device and as they turn the book, the device conveys physical sensations. It is equipped with sound and lighting. This seems like a little bit too much for just reading a book. Might as well just watch TV. Read more about Sensory Fiction here. 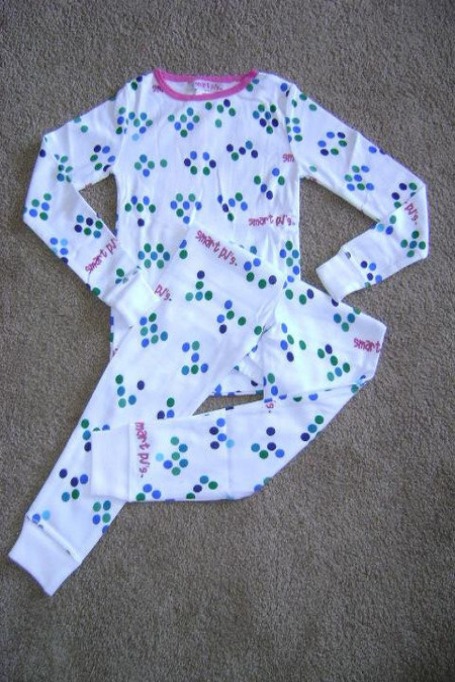 For the parents who are tired of telling bedtime story after bedtime story. Before resorting to a dramatic Samuel L. Jackson reading of “Go the F**k to Sleep,” the creators of Smart PJs have a better way. These polka-dotted pajamas are printed with dot patterns that act as QR codes, and when scanned with an app, the smartphone does the storytelling, complete with pictures and videos, so parents can get back to doing what they do best – watching TV and ignoring their children. 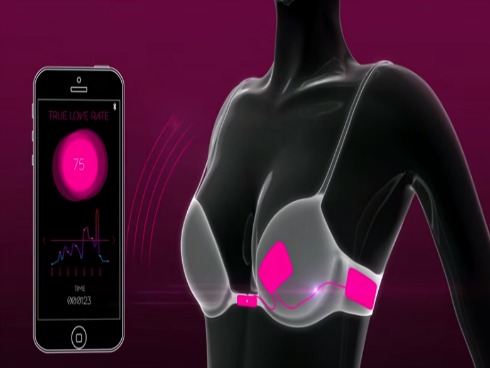 In “Sleeping Beauty,” Aurora is put under a spell by the evil fairy Maleficent and can only be awakened by true love’s kiss. That’s just a fairytale, but one Japanese firm has created a wearable that claims to help decipher who your one true love is…by skipping straight to second base. The True Love Tester is a bra that automatically unhooks when it senses the woman (hopefully it’s a woman wearing the bra) is feeling true love. Isn’t that every girl’s dream, to find a man who will magically make her bra come off?