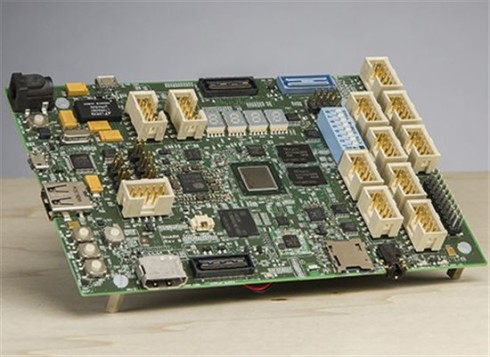 First introduced at the Build developer conference this past April, Sharks Cove is intended to create mobile software that runs Windows Phone on smartphones, tablets and similar System-on-a-Chip platforms. The development board costs US$299, which includes the hardware, a Windows 8.1 image, and utilities. Windows Driver Kit 8.1 also pairs with Visual Studio Express, free with a MSDN account.

More information can be found on the Sharks Cove website. – Rob Marvin

BitcoinJS developer Kyle Drake announced version 1.0 in a message on the BitcoinJS website, proclaiming it the first major new version in more than three years. The library for Node.js and browsers is written in pure JavaScript, uses PGP-signed releases, random number generation and typed performance arrays, and supports features such as multisig and HD wallets.

More than 1.5 million Bitcoin wallet users use the software library in production. More information can be found on the project’s website. – Rob Marvin

While there has been no official announcement, the API changes are mentioned in a brief note in the developer console. The new Web API allows developers to build scripts or applications to automate deployment and update product listings without directly working with the developer console. Most of the new functionality is bundled into the Publishing API, a transaction-based system for managing Play Store listings and APKs.

The early Windows CMake build is available on CodePlex, and Microsoft has also released a sample CMake code and installer tutorial for Windows Store and Windows Phone. – Rob Marvin