Open-source business intelligence software maker Pentaho has consolidated its development tools into an integrated environment that it says will make developers more responsive to the evolving needs of business users.

Version 4.0 of Pentaho’s Data Integration tool set reduces the number of tools and design environments that developers need to write applications, said CEO Richard Daley. It includes an extract, transform and load modeler, and a visualization plug-in. It also has built-in reporting and an analysis engine.

“Typically, an end user is not involved beyond business requirements,” Nicholson said. Pentaho Data Integration 4.0 allows a developer to model data to the requirements of the end user, visualize that data, and to go back and modify the model based on the end user’s feedback, he explained.

Pricing for developer support starts at US$2,000 per head. The typical enterprise edition installation costs $25,000–$27,000, said Nicholson. The enterprise edition of Pentaho DI is a certified build with maintenance and support.

Pentaho’s business intelligence suite may be deployed standalone or be embedded into applications as components.

Other new capabilities are LDAP and Microsoft Active Directory support, role-based administration, and full content permission security. It is designed to allow multiple developers to work at once with version tracking and content locking on transformations, Nicholson said. “Your work cannot be stepped on,” he added. 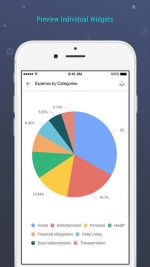