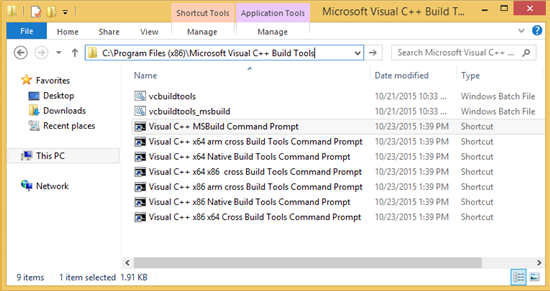 “This new installer is meant to streamline the delivery of the C++ build tools in your build environments and Continuous Integration systems,” wrote Marian Luparu, senior program manager for Visual C++ at Microsoft, in a Visual C++ Team Blog post.

A pre-release of the installer is available in Update 1.

The workshop is called Code 101: Intro to Software Development & Careers in Tech, and it will take place on Nov. 14. The class size is limited to 50 students. It’s a 12-hour workshop to show how websites are built and deployed, and those attending will also learn how to code a webpage using industry tools and code practices.

“For the first time, developers can build features and scenarios directly in the JIRA plug-in, and then query them through out-of-the-box integrations and APIs,” said Kevin Dunne, vice president of strategy and business development at QASymphony.

“Our customers and partners are the driving force behind the Progress OpenEdge platform,” said Colleen Smith, vice president and general manager for Progress at OpenEdge. “That is why it is important for us to provide the latest and greatest capabilities to help them move toward the next generation of application development—staying competitive in an ultra-intense market.”