SD Times Blog: C# is the most used programming language at work

C# is making its way past Java as the most popular programming language in the workplace, according to SD Times readers.

While Java sits on top of the TIOBE Programming Community index for August 2015, with C# coming in at No. 4, our latest poll shows C# is the No. 1 language used in the workplace, with Java and C/C++ following.

Out of 1,166 votes, 37% of developers voted for C#, 20% voted for Java, and 17% voted for C/C++. The least-popular programming languages used at work, according to the poll, included Python/Ruby/Perl and Objective-C/Swift.

A more detailed breakdown of the poll results is available below: 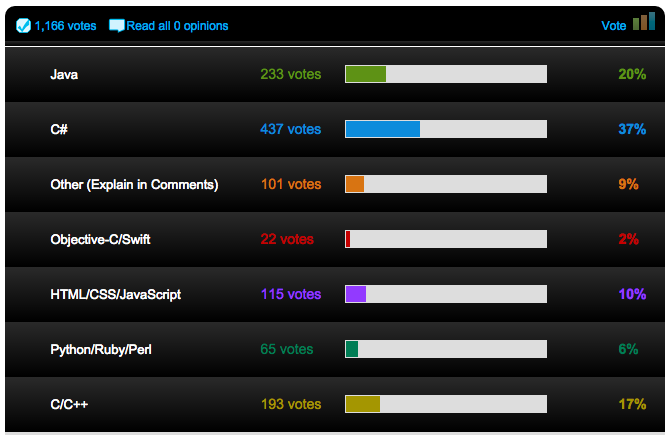