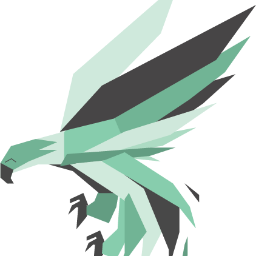 For developers looking for mobility and a framework that can deal with projects with heavy loads, Phalcon may be an open-source option to consider.

Phalcon is a full-stack PHP framework delivered as a C extension. It’s loosely coupled, allowing developers to use its objects as glue components based on the needs of the application. Using Phalcon, developers can also solve issues quickly without additional dependencies or software.

After a year of regular contributions to the project, developer Serghei Iakovlev became one of the four members of the Phalcon Core Team. Phalcon was created by developer Andres Gutierrez and Eduar Carvajal in 2011, and it was in 2014 when Iakovlev joined the team.

“Even in my first projects I preferred unstable/dev versions. I would consciously sacrifice stability in favor of a chance to participate in something exciting, find what is broken and fix it,” said Iakovlev. “That’s what led me to start using Phalcon.”

According to Iakovlev, Gutierrez wrote Phalcon in C because he believed frameworks can exist in C and still be integrated into the PHP universe. After a year and a half since Phalcon was released, Gutierrez realized he needed a simple solution to get more contributors. He was finding it was difficult to engage developers because it was written in C, said Iakovlev.

This exact problem is how Zephir was created; a simple language and it takes “a day to master,” said Iakovlev.

“As a bonus, lots of developers now use Zephir to build their own PHP extensions and add-ons. They don’t have to use Phalcon. If they want to write some compiled software, they can just go with Zephir,” said Iakovlev.

Goals for the project include a new major release, Phalcon 4, which the team hopes to complete this year. Two major changes in their roadmap include tighter integration with PSR standards and new Domain Driven Design components. Also, there are several projects that were built with Phalcon, like ImageHoldr, URL Shortnr, mailfinder, Tutor Hero, and the USA Cycling Website. Phalcon is also supported by PDFfiller.