CloudBuilder 7.4 enables organizations to provision virtual build machines that represent the configurations established in the development, production and QA stacks, according to Tracy Ragan, cofounder and COO of OpenMake. The machine images are standardized from development to production, she said.

“This eliminates the drift between development and production builds, and controls the reuse of middleware of operating system artifacts,” she explained. “You no longer have the problem of ‘Well, it worked on my machine.’ ”

Meanwhile, the company plans to release the next version of its Meister continuous integration solution, with new server pooling and monitoring capabilities as well as support for Android, BlackBerry and iPhone operating systems, Ragan said.

The solution also will feature build statistics in the Web management console, and support for Perl 5.10 and 5.12, she said.

Building applications for mobile devices is a primary problem for software developers, Ragan said. “Customers like automation. They don’t want to go back to writing Ant scripts to build Java applications for the Android,” she said. “Coding in AntScript is just not in their production plans.”

The Web management console offers a portal into the results of workflow, as well as metrics for what occurs in the compile and link process, she said. “You can see the slowest step in the build and workflow, the fastest step and the total number of steps in the build and workflow. We’re adding metrics for the gory details of compiling and linking, which, to me, is the heartbeat of build.”

She also said OpenMake will be doing work on a deployment repository over the next year to give users the ability to manage the status of binaries, and to determine whether the build failed or was clean, and when to release.

“We’ll build in security around who can promote a clean build to the release state,” Ragan said. “This allows us to not be dependent on an SCM tool to store deployable objects.”

Free continuous deployments for all 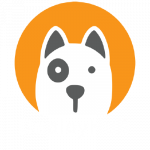 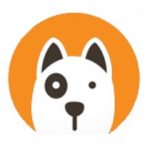