These gameplay changes are achieved through building mods, which, it’s worth noting, are built in Java and not with Microsoft’s .NET platform. Kids’ fascination with Minecraft, and the popular multiplayer variants available online have spurred an interest among kids in learning to code mods using Java. Oracle even has a (slightly outdated) project to teach kids Java with Minecraft, and popular camps are doing the same. There’s even a version of Minecraft designed specifically around the idea of teaching coding skills with Minecraft in schools.

The point here is that Minecraft offers an inroad to coding for kids of a variety of age and skill levels, from early beginners to bourgeoning professionals.

Does young developer mindshare matter?
It’s debatable how much capturing the mindshare of young developers is an important goal. It’s my opinion that it can be potentially important. This is especially true for a company like Microsoft, whose .NET platform is competing for attention against JavaScript (including Node.js) and the Web platform on one front, and native development platforms for mobile on another. Perhaps Minecraft offers an opening into the minds (and hearts) of young developers who will come to know and rely on Microsoft when they begin their careers. 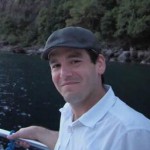 Brian Rinaldi is the Developer Content Manager at Telerik, focused on ensuring that the Developer Relations team creates content for the Web development community on the Telerik Developer Network. Brian founded a developer site called Flippin’ Awesome (now Modern Web), and serves as co-editor of Mobile Web Weekly. You can follow Brian via @remotesynth on Twitter.

View all posts by Brian Rinaldi