Every successful tech startup begins with a great idea. The first season of HBO’s “Silicon Valley” found an unassuming software developer stumbling across his, and fighting for his vision of what it should be.

The second season opens with a modern Silicon Valley phenomenon: venture capital companies lining up to give said developer piles of money to make it happen.

In the world of “Silicon Valley,” Pied Piper—the fictional startup launched by Richard Hendricks (Thomas Middleditch)—is painted as a revolutionary innovation on par with a technology like Docker.

The companies’ trajectories are similar. Docker started out as dotCloud, another PaaS in a sea of cloud platforms, until its founders realized the value of the application deployment containers within it. They pivoted and became Docker.

Pied Piper began with Richard’s comically bad idea for a search engine that searches the Web to find out if one song sounds too similar to another. Within that dud was a groundbreaking algorithm for lossless compression. Pied Piper pivots, and Richard re-engineers the algorithm to shatter the previous record of the show’s fictional “Weissman Score,” win TechCrunch Disrupt, and spark a VC bidding war.

(Related: Get a refresher on all of “Silicon Valley” Season 1 with our recaps!)

The show sets the stage for the importance of lossless compression in an overblown monologue from Hooli CEO Gavin Belson (Matt Ross), whose giant tech corporation is set on beating Pied Piper to the market with its own “Nucleus” compression platform.

“Data creation is exploding, with all the selfies and useless files people refuse to delete on the cloud,” Belson said. “Ninety-two percent of the world’s data was created in the last two years alone. At the current rate, the world’s data storage capacity will be overtaken by next spring.”

None of those stats are real, but Belson’s doomsday mongering of data shortages, data rationing and data black markets ushering in a “datageddon” sets the race between Pied Piper and Nucleus to debut their consumer-ready platforms at CES as this season’s driving force.

While Hooli plays catch-up with Pied Piper’s markedly more efficient algorithm, the fledgling startup takes VC meeting after VC meeting for Series A financing offers. In true Silicon Valley form, one even invites the gang to a party on the field of the San Francisco Giants’ AT&T Stadium, throwing Richard’s face up on the jumbotron as the man of the hour.

Rather than take the highest offer, “Silicon Valley” stays tethered in reality. Pied Piper is in the midst of a runaway valuation with future projections its business model will never hit. In keeping with the show’s commitment to depicting both sides of the startup bubble, Richard has a drink with a friend whose startup just crashed and burned.

After listening to the war story—taking an overvalued Series A round only to see a disappointing Series B round and a quick acquisition—Richard opts for renegotiating down to $10 million at a $50 million valuation, a realistic Series A valuation and a business model to grow at a reasonable pace.

“Silicon Valley” isn’t getting carried away. In an episode about Series A financing, it would’ve been easy for Pied Piper to take the highest offer from venture capitalists it doesn’t trust. Everyone knows where that storyline goes. Instead, at its core the show chose to maintain its realism, at least for one more episode. That goes a long way toward reinforcing its credibility as a comedy capable of satirizing Silicon Valley without losing what actually makes it relevant: believability.

From a developer perspective, the episode’s theme was simple: When swept up in the glad-handing whirlwind that is Series A funding, don’t take money from the wrong dudes. 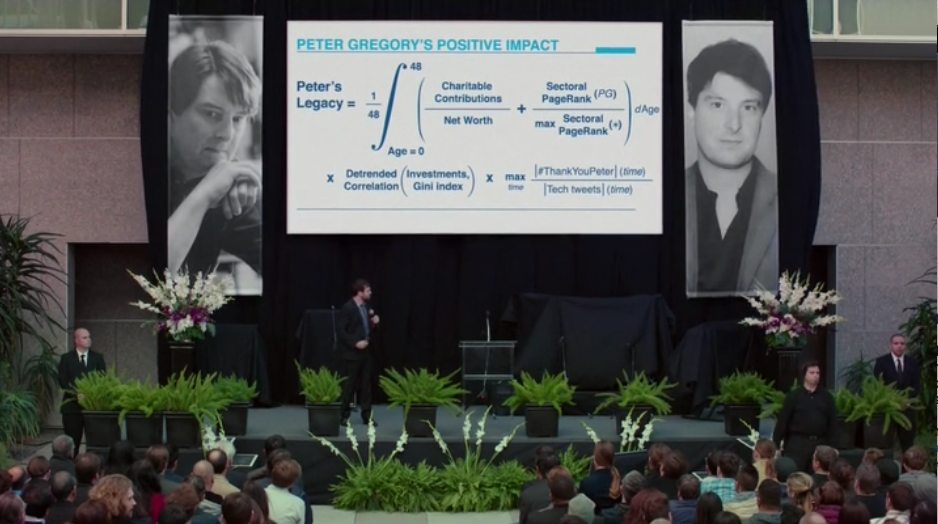