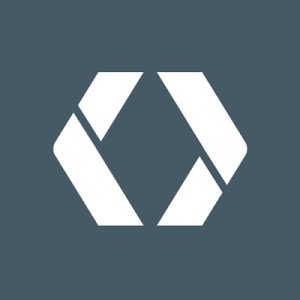 In an effort to better protect their users, Google is giving developers new updates when it comes to publishing web applications. The company is updating the app publishing process, risk assessment systems, and user-facing consent page to detect any abnormalities and protect against spoofing or misleading application identities.

In addition, the company’s risk assessment process for new web apps is also getting new improvements. The update will require some web apps to undergo a manual review. Users will not have access to data permission approvals until the manual review is complete, according to Google.

GitLab announces new container-based development capabilities
GitLab is announcing the beta release of a Kubernetes Helm Chart. This new support is designed to provide developers with an automated installation of GitLab. In addition, the company is also announcing support for Kubernetes-based deployments to Microsoft Azure Container Service.

“Over the last year, we’ve built powerful CI/CD functionality natively into our platform. However, we recognize that not every team was equipped to start using Kubernetes in their dev, test, or production environments,” said Job van der Voort, VP of product at GitLab. “We want to give the power of containers, continuous integration and deployment, review apps and container schedulers to everyone. Our goal is to take away all of the hard work that is normally required to set this up and get teams well on their way to a fully functioning CI/CD pipeline that deploys to a container scheduler.”

With Ext JS 6.5, developers can check out new capabilities like the new Grid functionality, advanced Form validation, Menus, Dialogs, and more. Other highlights in the releases include data visualization, with support for new charts and components like Box Plot, Navigator, and D3 Org Chart.

There are also enhancements to key components like Tree, with plug-ins for editing and List with swipe actions. These releases also include ECMAScript 2015 or ES6 support, so developers can create Ext JS applications using the latest advances in JavaScript standards. More information can be found here.

The reason for the release is to patch a number of bugs, as well as fix three security issues. According to the group, “users who use the PGREQUIRESSL environment variable to control connections, and users who rely on security isolation between database users when using foreign servers, should update as soon as possible.” Other users should plan to update at the next convenient downtime, said the group.
There were more than 90 fixes in this release, including fix to ensure consistent behavior for RLS policies, fixes to MSVC builds, and several performance improvements. A full list of fixes and details on updating can be found here.