Kubernetes gets support for Windows Server 2016 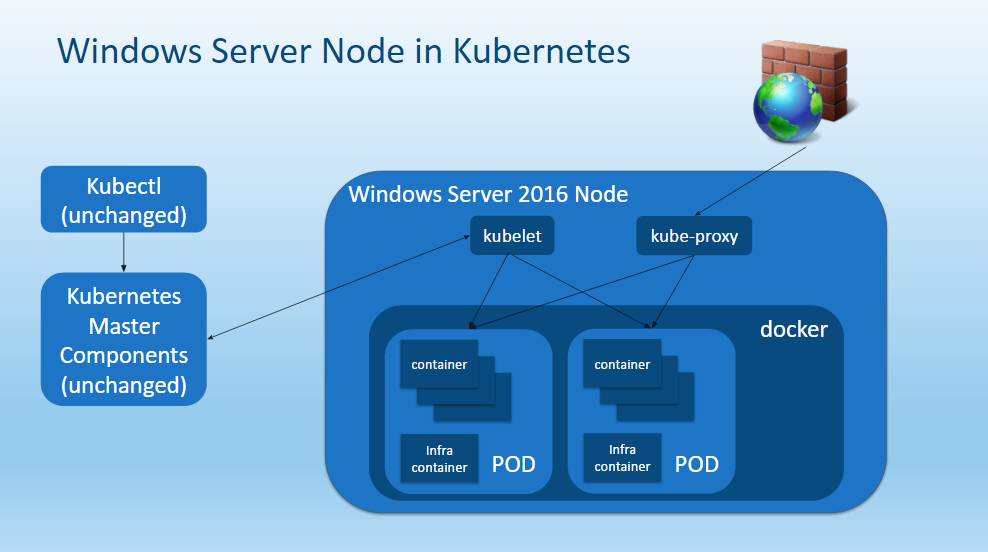 The new Kubernetes Windows Server 2016 and Windows Container support contains the public preview for new features. This includes containerized multiplatform applications, where applications can now be deployed on both Windows Server and Linux, whereas before, applications used to be impossible to orchestrate between Linux and Windows, according to a Kubernetes editor’s post written by Michael Michael, senior director of product management at Apprenda.

A key driver of introducing Windows Server support to Kubernetes was to expand the ecosystem to IIS, .NET, Windows Services, .NET Core, and other application types that can now be orchestrated by Kubernetes, wrote Michael. Additionally, organizations that already use Kubernetes can expand it for coverage of data centers.

Michael wrote that since customers want enterprise container scheduling and management for their tech portfolios, the Windows Server SIG will “deliver that parity within the next one or two releases of Kubernetes through a few key areas of investment.”

Developers and organizations can get started with Kubernetes on Windows Server 2016 by checking out its GitHub page.